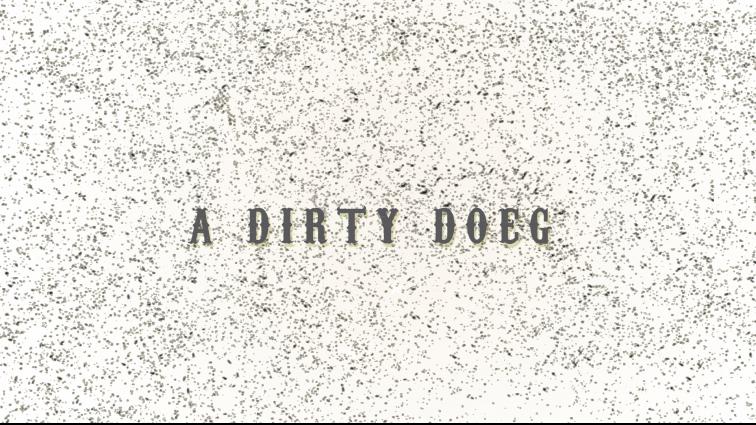 "With which person in the Bible do you most identify?" This is a question I have often asked others in the church over the years. Most of us lack even enough self-awareness to able to answer the question. Others among us have a propensity to appeal to the best characters in Scripture. I've never heard anyone answer that question by suggesting that he or she most resembles Cain, Lot's wife, Esau, Korah, Dathan, Abiram, Delilah, Saul, the Witch of Endor, Nabal, Shemei, Ahithophel, Absalom, Ahab, Jezebel, Athaliah, Mannaseh, Herod, Herodias, Pilate, Judas, Annanias, Sapphira, Alexander the Coppersmith, Hymenaus or Philetus. All of these notoriously wicked men and women lived in space and time and all played a significant role in relation to the godliest people in the Church. All of them were either members of the visible church, married to a believer or lived in the closest possible proximity to the people of God. Yet, most of us like to convince ourselves that we are nothing like them or that we have never met them in the church.

As I have recently been reading through the life of King David, I have come to realize that there is one figure in particular who doesn't get much airtime for his notorious wickedness--yet who played a significant role in the life of David. This was Doeg the Edomite. All of us like to think that we look like King David in his better moments yet never stop to ask whether or not we look like Doeg the Edomite. Doeg is high on the list of disreputable individuals based on his actions against David and the priests in Nob. But, who was this despicable man, and how can we learn to examine ourselves to see whether we resemble him in any way?

While David was fleeing from Saul in Nob (a sanctuary city a few miles from Israel's capital), Doeg the Edomite was tagging along with King Saul and his posse. Ahimelech the priest had mercifully received David and his men, given them the showbread to eat and Goliath's sword. Doeg had been present that day in Nob when Ahimelech gave David the bread and the sword. David moved on the land of the Philestines and then to the caves of Adulam. Doeg went back to Saul. Doeg told Saul, "I saw the son of Jesse coming to Nob, to Ahimelech the son of Ahitub, and he inquired of the Lord for him and gave him provisions and gave him the sword of Goliath the Philistine.” Doeg's willingness to serve as an informant against David led on to his ruthless murdering of 70 of God's priests. Doeg was willing to do Saul's dirty work. But, why? What was it about this descendant of Esau that fueled his actions?

Saul had promised those he recruited positions in his government. He sought to manipulate those with him with bribes if they would simply be willing to help him catch and destroy David. He intimidated them when they did not help him destroy David. Dale Ralph Davis write,

"[Saul] addresses his inner circle of Benjaminite henchmen, asking them if they think the 'son of Jesse' will pass out government jobs and perks to them as he, Saul, has done. He is speaking to all his select circle, for three times he refers to 'all of you' (vv. 7–8). And they have, he alleges, all entered a conspiracy of silence, callously withholding from him intelligence about his own son’s subversive support for the 'son of Jesse' (v. 8)."

Doeg was an ambitious man who wanted status and power in the kingdom. Davis notes,

"Doeg the Edomite knows when to talk. He is supervisor of the herdsmen (21:7), and he discloses (in contrast to the silent Benjaminites) to the king what he saw while detained at Nob."1

Doeg became Saul's lackey out of a desire for advancement. He saw opportunity and he grasped for it. He convinced himself that the evil he was doing was good because it would pragmatically produce security in his mind. Not long after Doeg ratted David out, the Ziphites also told Saul where David was hiding. Saul responded to them in the following way:

"May you be blessed by the Lord, for you have had compassion on me. Go, make yet more sure. Know and see the place where his foot is, and who has seen him there, for it is told me that he is very cunning. See therefore and take note of all the lurking places where he hides, and come back to me with sure information."

Saul had cloaked his evil intentions toward David in spiritual language about God and in slanderous language about David. No doubt, the speech Saul used with the Ziphites was his common way of speaking. In this way, he deceived the people into thinking that he was on God's side and that David was, by way of contrast, a cunning scoundrel. Ironically, David was on God's side and Saul was the scoundrel. Instead of seeking the Lord and his word, and instead of exercising discernment about David's character, Doeg blindly listened to Saul. Doeg was so driven by a desire for self-promotion and adulation before King Saul that he would do whatever he had to do to secure it for himself.

One can easily see how persuasive it would have been to have listened to Saul. Saul was the king of Israel and had an army with him. Doeg joined forces with them because he believed that it was the right side to be on for the present time. I like to imagine that if the tables were turned, and David was reigning as king, Doeg's actions--not his character--would have been vastly different. In that scenario, Doeg would have lived under a king with a merciful heart. Being swayed by Saul's cunning malice revealed more of what was truly in Doeg's heart. Doeg did Saul's dirty work because he sought approbation from a sophisticatedly wicked leader. Doeg allowed himself to believe that David was the enemy. Doeg mercilessly killed the seventy priests in Nob at the command of Saul. Doeg was swayed to act out the evil in his heart to the end of seeking to destroy David because of the evil motives of one in a position of power.

We may find ourselves in circumstances that are vastly different from those in which Doeg found himself--and yet, we must recognize that we have the propensity to be just like Doeg. We, no less than Doeg, descended from Adam. The propensity of all those descended from Adam is to seek first our own kingdom. If we are driven by a desire for self-promotion and power, we will likely listen to and accommodate whoever we believe can give us that advancement and power. The Pharisees, Sadducees, scribes and chief priests in Jesus' day were exactly like Saul. They told the people that Jesus was a "deceiver" (Matt. 27:62-63; John 7:12). They plotted against him under the auspice that they were doing God's work. They threatened anyone who confessed that Jesus was the Christ and they welcomed any Doeg they could find who would tell them where Jesus was so that they could carry out their plots to destroy Him.

What keeps us from being dirty as Doeg? When the Son of David rules over us as our king we will more and more resemble Him. We may have the same heart as Doeg by nature; but, the Son of David, Jesus Christ, came to cleanses our hearts so that we would no longer be as dirty as Doeg (John 13:8-11; 1 John 1:8-9). Jesus takes our unclean motives and actions on himself on the cross so that we will no longer do the dirty work of the rule of this present evil age. When we are united to Jesus by faith, we are no longer dirty as a Doeg. When we are committed to live for the glory of King Jesus rather than for fleshly advancement, we will find the sweet fruit of the Spirit being manifested in our lives. When we live as members of the Kingdom of the Son of God's live, we become a people who are meek, merciful, poor in spirit, pure in heart--a people hungering and thirsting after righteousness and a people who are willing to be persecuted for His sake. 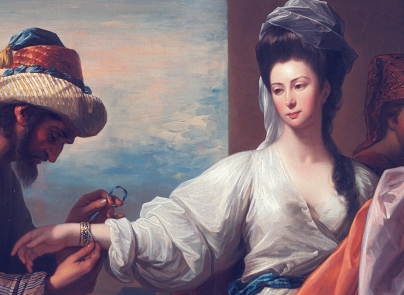