In his first epistle, Peter has been talking about believers living in a world hostile to the faith. In chapter 3 of verse 13, we read this question, “Who is there to harm you if you prove zealous for what is good?” You can imagine the looks that must have floated around the room when this was read, can’t you? There must have been at least one person thinking, “Is this guy serious? Uh, I can name a few who not only can harm us but that have…starting with Emperor Nero!”

But Peter is not an ivory tower exegete. He knows that they are ultimately protected by the Lord, in fact, he says so in the opening chapter. But he also understands that they are aliens living in a frightful world and someone may harm them. Look at what he says in the very next verse, “But even if you should suffer…” You see what Peter is doing? He is trying to help us to have an ultimate perspective while we live in penultimate circumstances. He wants us to have an already outlook in a not yet situation.

Why is that important?

The answer is really simple. We are in the habit of focusing on the fearful things in our lives instead of the things that drive out fear. So, Peter is anxious to give us a defense that will put our fears to rest. And the defense which he offers begins like any self-defense technique. It begins with a right stance; a place from which everything else flows. Notice what the text says, “…sanctify Christ as Lord in your hearts…” Quite literally Peter is saying that Christ is to be set apart as Lord in our hearts.

But what does it mean to set Christ apart as Lord in our hearts and in our very lives? Quite simply, it means that Christ must be our ultimate authority. The believer must have an ultimate commitment to Christ. Christ is Lord. Now, perhaps you’re thinking something like this, “But isn’t Christ Lord already? He can’t simply be Savior and not Lord, right?” And the answer is, “Yes, if he’s Savior then he must be Lord.” But likely that prompts you to ask another question, “Then why are we told that we must set apart Christ as Lord in our hearts?”

Think about what’s happening here. We have a quote from Isaiah 12 in verse 14 (“Do not fear their intimidations and do not be troubled”), which looks very much like what we read in v. 6 (“Do what is right without being frightened by any fear”). There Paul was telling the wife to live faithfully before God without being frightened by any fear or intimidation from the unbelieving husband because the husband could not ultimately harm her though physically he may have been more than capable. It is this situation, or one similar, that Peter has in mind. The Apostle is thinking about relationships between believers and unbelievers and specifically the one’s he has outlined.

Consequently, Calvin says, “This sanctification ought to be confined to the present case. For whence is it that we are overwhelmed with fear, and think ourselves lost, when danger is impending, except that we ascribe to mortal man more power to injure us than to God to save us?” In other words, we fear most when we attribute more power to man to hurt us than to God to save us. Now, listen to what Calvin says in the very next sentence, it reminds you of what we started with, “God promises that he will be the guardian of our salvation; the ungodly on the other hand attempt to subvert it.”

Now, what is it that the ungodly attempt to subvert? Our salvation? No! That would be impossible. Then what are they trying to subvert? Our hope and confidence in God to save us! That is the whole reason why we are to sanctify Christ in our hearts so that they won’t be able to subvert this hope. Therefore, speaking about this conviction in the heart, Calvin concludes, “For if this conviction takes full possession of our minds, that the help promised by the Lord is sufficient for us, we shall be well fortified to repel all the fears of unbelief.” In other words, if you begin with the correct stance of faith, then you will be in the position of defense in order to repel fear producing attacks leveled against us.

Now, that’s difficult, isn’t it? It’s difficult because we are so easily led into fear. Our trouble is we fear the intimidation of men. And when we do we start to doubt the truth, which we ought to be fixed upon. That’s why we need to set apart Christ as Lord in our hearts. Perhaps a story will set this teaching in context.

Several years ago I read Jon Krakauer’s “Into Thin Air.” It is the story about the ill fated ascent of Mt Everest in 1996, in which many lives were lost, including some of the most adept leaders. At one point, Krakauer recounts an episode about Andy Harris, one of the guides. Harris was simply exhausted from the trek to the summit. On the descent, Harris and his oxygen deprived party came across a cache of oxygen canisters. But because Harris was exhausted and starved for oxygen he unreasonably argued with the group that all the bottles where empty! A heated breathless argument ensued. Those less oxygen worn argued that the canisters were indeed full. In fact, they were the ones who had left them at that very site! But Harris was beguiled by exhaustion and lack of oxygen and refused to use them.

Think about that story as a parable. We run into a good many like oxygen deprived Andy Harris, don’t we? Arguing that God doesn’t exist and angry that our hope is in Christ. In effect, arguing that the bottles are empty! And yet, Peter says, “Don’t be intimidated by them.” Realize that they are suppressing the truth in unrighteousness. Like Harris they are beguiled, breathing thin spiritual air and unreasonable. Don’t be troubled. Set Christ apart as Lord in your heart; rest in Him no matter the issue. Don’t let anyone undermine that commitment. Peter’s point is painfully clear. Resolutely cling to Christ as the authority of all in life. When you do you will be always ready to tell your opponent why you have the hope that you do. Take every thought captive in obedience to Christ and do not fear their intimidation or be troubled by them.

Let me ask you, are you ready? 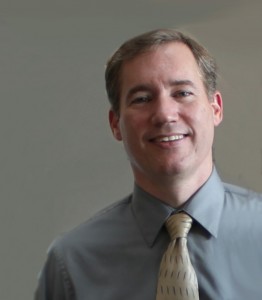 Jeffrey A. Stivason has been serving the Lord as a minister of the gospel since 1995.  He was church planter and now pastor of Grace Reformed Presbyterian Church in Gibsonia, PA.  He also holds a Ph.D. in systematic theology from Westminster Theological Seminary in Philadelphia, PA.
Share on Facebook Tweet Widget

Growing in Awareness of Our Adoption