The Apostles' Creed: In Jesus Christ

“I believe…in Jesus Christ, his [God’s] only Son, our Lord”

So every believer confesses and so it is found in the Apostles’ Creed. Let’s unpack four things that we find in this phrase of the Creed: (1) Jesus; (2) Jesus Christ; (3) God’s only Son; (4) our Lord.

First, the believer is making a confession in the person Jesus Christ. The Creed will go on to confess the uniqueness of his birth, his suffering death by crucifixion, he descent into hades, his resurrection, and his ascension and session at the right hand of God. We begin by confessing his identity: he name is Jesus. Both Mary and Joseph were told that this is what his name should be:

Luke 1:31-32 And behold, you will conceive in your womb and bear a son, and you shall call his name Jesus. He will be great and will be called the Son of the Most High. And the Lord God will give to him the throne of his father David,

Matt. 1:21 She will bear a son, and you shall call his name Jesus, for he will save his people from their sins.”

Jesus is a real person, the Son of God incarnate. We confess his name. He was real and was born of the virgin. Jesus was not a mythical figure, like Hercules. From the very beginning the church understood and confessed this. The work of God is manifest within history and so too the activity of the Son of God takes place in space and time as the Word becomes flesh. We are putting our faith and trust in a person, his name is Jesus.

Second, Jesus is the Christ. It is not as if we are confessing that “Jesus” is this person’s first name and “Christ” is his last name. No. Jesus was known as “Jesus of Nazareth.” Christ is the title that Jesus was given by the Father. Christ is the Greek word for Messiah, which means Anointed One.  The concept of anointing goes back into the riches of the Old Testament where God would often anoint prophets, priests, and kings to mark them and set them apart for his service.

The Messiah, or the Christ, was the promised King from the line of David. It was promised that one day an anointed one would come and be the true King. So, we are confessing something that is deeply rooted in the Old Testament. Even as the Christian faith moved from Jerusalem and Jewish believers into the Greco-Roman and Hellenistic world, Christian never stopped confessing that Jesus was the Christ. He was the Messiah, God’s anointed. Sent, as Matthew says “to save his people from their sins” and as in Luke, God has given to him “the throne of his father David.”

It is the death, resurrection, and ascension where Christ is portrayed in all his kingly majesty. And as we see in the Creed, he now sits in reign (or session) at the right hand of God the Father. As a king, he will return and judge the living and the dead. Like any king, he rules. We confess this rule and we confess this fulfillment of the Old Testament.

Third, Jesus is God’s Son. On the one hand, sonship is a title that is often associated with the kings of Israel. They were like sons of God and God had a special relationship with them. Indeed, God had said of Solomon: “I will be to him a father, and he shall be to me a son. When he commits iniquity, I will discipline him with the rod of men, with the stripes of the sons of men,” (2 Sam. 7:14). However, the Sonship of Jesus goes beyond his kingship role. We confess that Jesus is God’s only Son.

Rom. 9:5 To them belong the patriarchs, and from their race, according to the flesh, is the Christ, who is God over all, blessed forever. Amen.

There is no Christian confession where we do not confess that Jesus Christ is God’s only Son, eternal and divine. Jesus Christ did not come into existence when he was conceived by the Holy Spirit or born of the Virgin Mary. Jesus has an eternal existence as Son of God. The hallmark of the gospel is that God sent his Son—the one who was with him from all eternity past and existed in an eternal Sonship. So too, the Apostles’ Creed rightly points us to the deity of Christ.

Finally, the Creed confesses that the Son, Jesus Christ, is our Lord. We are confessing that Jesus Christ is the Lord—crowned as King, ruler and authority. In resurrection from his death and in ascension, God has crowned and coronated him:

Acts 2:36 Let all the house of Israel therefore know for certain that God has made him both Lord and Christ, this Jesus whom you crucified.”

This ancient creed, confessed in the early centuries of the church, is still valuable to us today. As we make this confession of Christ we are connected to Christians down through the centuries who have believed the same things, living and dying for this faith. One day, we too, will stand with a great cloud of witnesses in heaven in the presence of God and confess anew this beautiful truth. That which we have confessed by faith we will one day see with our eyes—the glory and majesty of Jesus Christ.

Tim Bertolet is a graduate of Lancaster Bible College and Westminster Theological Seminary.  He earned his Ph.D. from the University of Pretoria, South Africa. He is an ordained pastor in the Bible Fellowship Church, currently serving as pastor of Faith Bible Fellowship Church in York, Pa. He is a husband and father of four daughters. You can follow him on Twitter @tim_bertolet. 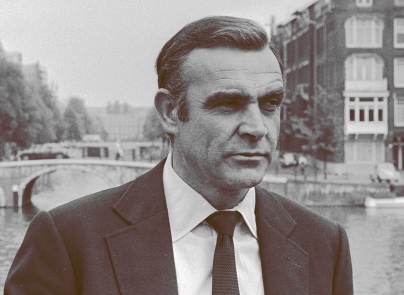 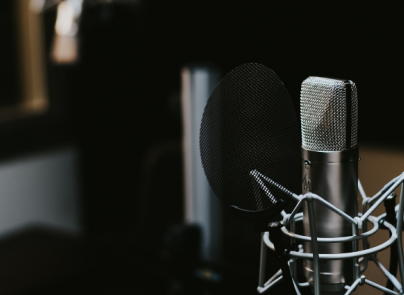 Presbycast and MORE in the PCA