Calvin on Republicanism—no, not the Party!

Rather than commending either a democracy or a monarchy, Jethro advised Moses and the people to select a plurality of prudent representative leaders (Exodus 18:21).[1] Moses instituted a graduated series of administrations with greater and lesser magistrates, and Calvin asserted that the earliest Hebrew republican government devolved from the divine mind long before the Golden Age of Greco-Roman governance, the Enlightenment, or other modern revolutions.

The early federal scheme adopted in Exodus 18 seemed, to Calvin and his followers (as it had to Aquinas and Machiavelli), to be republicanism. Thus, Calvin viewed the Hebrew Republic as an early instance of being ruled by the consent of the governed.

Later, Calvinist Johannes Althusius agreed, seeing an early form of republican-federal government in Exodus 18. Certainly, it would be a stretch to claim that Calvin was THE pioneer of a modern democratic ethos; however, his writings and sermons on these passages from the Pentateuch illustrated God’s inestimable gift to the Jewish commonwealth, specifically the “freedom to elect judges and magistrates.” Most of the disciples of Calvin and Beza provided ample commentary on numerous Old Testament passages that, in their opinion, provided general (if not specific) guidance for the shaping of particular governments. These various Old Testament precedents, thought most Reformers, were transferable to the politics of their own settings. Many of these same precedents were drawn upon later Protestants in many governments. The seeds sown by Calvin, still worth celebrating this week, blossomed amidst the western political discourse.

Calvin’s exegesis of Acts 4-5 and the household codes (haustafeln) exhibits the customary hierarchical argument. Calvin’s associates and disciples altered the exegesis of the “house code” passages in the Pauline epistles to provide an ideological buttress for unqualified submission to authorities in general. Despite the strong impulse toward order and authority, the political tradition of Calvin’s followers transformed political thought in a key sector: subordinates were no longer expected to submit without qualification to monarchical sway.

One can hardly ignore this in view of explicit comments such as these below:

One chief result of this exegesis was that the deck was cleared of its erstwhile monarchical bias. As such, burgeoning republics would draw upon the commentaries of Calvin’s children to embolden his grandchildren toward republicanism and dispersed power in several spheres. This reputable exegesis substituted republics for tyrants.

Note: all quotes are from sources as noted. The only fictitious elements in these diary posts are to treat these as letters from John Calvin. 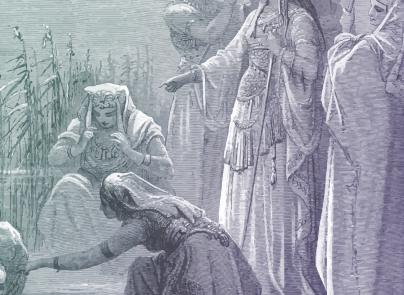