Conflicts Over Truth and Morality

If a worldview can be likened to a set of corrective lenses through which one sees life and the world around them, it’s not hard to imagine why a proper worldview is important. If your perception of the world is inaccurate, you struggle to find your way, get dizzy, and bump into things. Holding a “Christian worldview” means taking “every thought captive to obey Christ” (2 Cor 10:5). It means Christ is your optometrist, and so your vision is clear. For example, we see Jesus operating as the great optometrist in passages like Mark 8:22-26.

The difficulty in the West, at least America, and perhaps rural and suburban USA in particular, is that many identify as Christian (vs. Muslim, Hindu, Atheist, etc.), but do not hold a “Christian worldview” as defined by the historic Christian creeds (“what we believe”) and confessions (“what we agree on”). Even those who do hold a Christian worldview are influenced by a dominant non-Christian worldview. We might say they’re visiting another optometrist in addition to Christ, and often wearing two or more sets of lenses stacked in front of their eyes. This creates confusion and conflict in interpreting daily experiences and making decisions.

Let me describe this problem in a couple areas where you may encounter it. The first is the area of truth, or certainty. When you’re advocating for a Christian perspective based on Scripture, someone will say to you, “that’s just your opinion”. They are trying so hard to be or appear “humble” that they can’t abide certainty. However, a Christian worldview has solid foundation for belief, in the God of Scripture. Humility means joyfully submitting to God’s Word, knowing we don’t know better. G. K. Chesteron explains:

What we suffer from today is humility in the wrong place. Modesty has moved from the organ of ambition and settled upon the organ of conviction, where it was never meant to be. A man was meant to be doubtful about himself, but undoubting about the truth; this has been exactly reversed.

A Christian worldview puts humility back in its proper place.

The second area is morality. When you’re engaged in opposing evil on the basis of a Christian worldview, someone will say to you, “that’s not loving”, or even, “Jesus wouldn’t do that”, without providing evidence beyond their intuition, i.e., “I don’t think …” They are trying so hard to be or appear “loving” that they can’t abide what is deemed to be strict morality. While we all do and think many things that are bad by our own standards, we also desire acceptance. So we tend to hold moral standards low enough to let ourselves in and high enough to keep others we don’t like out. But a Christian worldview doesn’t lower standards of morality to welcome imperfect people, because it has the cross. On the cross, God’s perfect moral standard was upheld while he made a way to accept imperfect people by taking the guilt and shame of their moral failures on himself in the sinless God-man, Jesus Christ. Since Jesus bore our shame and guilt, accepting his sacrifice means saying “yes” to God’s perfect moral standard, while admitting we don’t measure up, and gratefully accepting the gift of forgiveness and acceptance for which Jesus gets all the credit. This lays a mortal blow to human pride and maintains both righteousness and mercy.

So when people tell us, or we find ourselves saying, that Jesus wouldn’t take a moral stance or hold a doctrinal view because it’s “unloving” or “prideful”, we’re not left throwing up our hands and saying, “who knows? your opinion is as good as mine!” We can look to the Bible, the Gospels, for example, and say, “see, this is what Jesus does and thinks.” And when we factor in the cross, we realize it does nobody any good to lower moral standards, because that misses the point for which Jesus came: to save unacceptable people like you and me and render us acceptable to God as we look to him for love and holiness, humility and certainty, and a Christian worldview by which to live with clear vision. 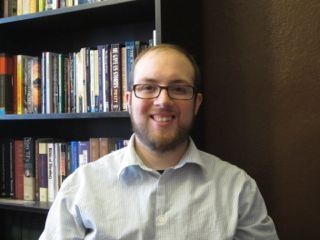