Cotton Mather - A Life of Suffering

Cotton Mather - A Life of Suffering

Cotton Mather has a bad reputation, mostly because of his involvement in the Salem Witch Trials. Even if he recommended caution and opposed the executions, his book Memorable Providences Relating to Witchcraft and Possessions (1689) did much to feed the hysteria. He is also considered one of the most bigoted and stubborn men of his time, the epitome of the narrow-minded Puritan. While he was ready to admit of his constant struggle against pride, his writings tell us of a man deeply concerned with the wellbeing of others, committed to the cessation of persecution of other Christians and humbled by a lifetime of impediments and afflictions.

Born on 12 February 1663 in Boston, Massachusetts, he became such an avid learner that he was admitted to Harvard before the age of 12 (the youngest student ever admitted). Life at the university was not easy. He was teased by the other students and had to struggle with a chronic stutter that greatly hindered his oral examinations. He called this a “bitter cup” which taught him to accept humiliation, to slow down, and to give priority to listening.

In spite of this, he earned a bachelor’s degree at age 15, a master’s at 18, and was elected pastor of his home church, the Second Church of Boston. He was 22 when he married the first of his three wives, Abigail Phillips.

He was known for his generosity and his dedication to the needs of his congregation. But his desire to help others was put to the test in 1703, when a smallpox epidemic moved through Boston, claiming the lives of many. Being the only healthy person in his family, he struggled to keep supporting the community while taking care of his wife and children.

“The little creatures keep calling for me so often to pray with them, that I can scarce do it less than ten or a dozen times in a day; besides what I do with my neighbours,” he wrote. “But the most exquisite of my trials was the condition of my lovely consort. It now began to be hopeless.”[1]

His description of one of Abigail’s last moments, when he took her hand – “the dearest of all hands”[2] – into his, and then painfully released it in submission to God is one of the most moving literary scenes. She died soon after, at age 38, leaving 40-year old Mather with four of their nine children – the only ones who had survived this long. A few months later, he married a 30-year old widow who lived nearby, Elizabeth Hubbard, who had a 4-year old son.

The new family grew for a while, with six more children born by 1713. Then a new calamity hit Boston: this time measles. His wife and five of his children became ill. In the end, only two children survived.

It was a difficult time for Mather. Besides these painful losses, he was having financial problems. Also, some people in his church left to create a separate church because they didn’t like their pews (which were assigned by a church committee).

In 1710, Mather wrote one of his most popular works, Bonifacius or Essays to Do Good, stressing the Christian duty to care for others, and including specific suggestions on how ministers, doctors, and businessmen could help others in their daily vocations. In his 1716 book, The Stone Cut out of the Mountain, he recognized love for others as one of the pillars of Christianity.

It was this love for others, coupled with an interest in science, that motivated Mather to try to find medical answers to urgent problems such as the frequent epidemics. Like most men of his time, he didn’t see a dichotomy between religion and science. Even his studies on witchcraft, as misdirected as they were, were motivated by a desire to find a scientific basis to this widely accepted phenomenon. His efforts were recognized in 1713 by the Royal Society, making him one of the first Americans to be elected as its member.

Not everyone agreed with Mather’s solutions. His 1721 initiative to promote the first smallpox inoculations in the West provoked an understandably fierce opposition. The controversy escalated into an war of pamphlets and editorials, often filled with personal invectives against Mather.

The following year, he wrote the first and only comprehensive medical manual written in America during the colonial period: The Angel of Bethesda, An Essay upon the Common Maladies of Mankind. In it, he encouraged Christians to care for their bodies as gifts of God and proposed a few remedies to frequent ailments – both physical and mental.

The bitter insults Mather received during the smallpox controversy were compounded with problems at home, as his third wife, Lydia Lee George, began to oppose him openly. To make matters worse, she brought into the home a niece who took her side and increased the tension between the two spouses. To satisfy the niece, Mather had to move two of his daughters out of the house.

In 1724, he took the denial of his appointment as president of Harvard University as a personal attack against him. The very next night, Lydia, maybe in reaction to his despondency, went into a rage, yelling “a thousand unrepeatable invectives” and forcing him to find refuge in his study, where he was joined by two of his children.

Lydia then moved out of the house, together with her niece and a maid, and stayed with some neighbors. Mather was at a loss. He thought his wife was suffering from a mental disturbance, like a servant who, years earlier, had became afflicted by what he called “the distraction” (a supposed complication of smallpox). “Quid agam? Redemptor mi! Quid agam?” (“What should I do? My Redeemer, What should I do?”) he wrote in his diary.

Lydia returned ten days later, but not for a happy occasion. Mather had just discovered that his oldest son, Increase, had died at sea. For years, Increase had been a reason for concern. At sixteen years of age, he had been accused of fathering a child out of wedlock. While the accusation was never confirmed, Mather took his son’s behavior as a reflection of his own sins. The idea of sending him at sea had been his. And now Increase was dead.

Lydia and Mather seemed to have lived peaceably after this, but his troubles were not over. Some actions taken by Lydia’s family left him financially insolvent, so much that he barely escaped going to prison, while Lydia continued to live comfortably because of a prenuptial agreement she had asked him to sign. Eventually, he had to sell one of his most cherished possessions: his large library.

Mather died on February 13, 1728 from an asthma attack compounded by fever. Only two of his fifteen children had lived long enough to attend to his death.

Mather’s popularity increased after his death as people rushed to read his writings (169 works in print, including the first American commentary on the whole Bible). A biography written by his son Samuel was immediately in great demand.

In spite of his shortcomings and flaws, he had been a popular preacher. Unlike his father Increase, who preached “disciplinary sermons,” Cotton focused on the comfort of the gospel and the biblical certainty of God’s goodness – a goodness in which he firmly believed. No matter how harsh his afflictions, he had never been interested in figuring out God’s reasons. He simply accepted that God is greater and wiser than human beings could ever be.

“There is nothing that will bring you so near Heaven,” he preached, “or help you lead a Heavenly life, as to keep alive a comfortable persuasion of this: that God your savior has loved you.”[3] 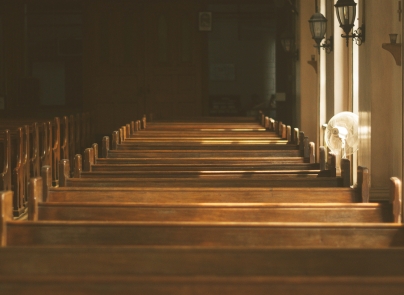