Russell D. Moore writes, “Whenever we approach the Bible without focusing on what the Bible is about—Christ Jesus and His Gospel—we are going to wind up with a kind of golden-rule Christianity that doesn’t last a generation, indeed rarely lasts an hour after it is delivered."1 What Moore describes as “golden-rule Christianity” differs very little functionally from Protestant liberalism that J. Gresham Machen prophetically critiqued,

The liberal preacher is really rejecting the whole basis of Christianity, which is a religion founded not on aspirations, but on facts. Here is found the most fundamental difference between liberalism and Christianity—liberalism is altogether in the imperative mood, while Christianity begins with a triumphant indicative; liberalism appeals to a man’s will, while Christianity announces, first, a gracious act of God.” Machen critiqued the theological liberals of his day for defining faith by subjective feelings and liberal preachers for moralistic preaching which abandoned a focus on the gospel. These same critiques can be pointed today at many who will gladly sign theologically conservative doctrinal statements and intellectually affirm the inerrancy of the Bible.2

Thomas Schreiner notes the dangerous “trickle down” in theologically conservative churches of preaching ministries that focus on bare moral and ethical truths:

"Moreover, too often our congregations are poorly trained by those of us who preach. We have fed them a steady diet of moralistic preaching, so that they are taught to be kind, forgiving, loving, good husbands and wives (all good things of course!), but the theological foundation for such is completely neglected. We have ample illustrations and stories to support the lifestyle we advocate, and people’s hearts are warmed and even edified. Meanwhile, the wolf is lurking at the door. How could such preaching open the door for heresy? Not because the pastor himself is heretical. He may be fully orthodox and faithful in his own theology, while neglecting to preach to his people that storyline and theology of the Bible. He has assumed theology in all his preaching. So, in the next generation or in two or three generations the congregation may inadvertently and unknowingly call a more liberal pastor. He too preaches that people should be good, kind, and loving. He too emphasizes that we should have good marriages and dynamic relationships. The people in the pew may not even discern the difference. The theology seems to be just like the theology of the conservative pastor who preceded him. And is a sense it is, for the conservative pastor never proclaimed or preached his theology. The conservative pastor believed in the inerrancy of Scripture but not its sufficiency, for he did not proclaim all that the Scriptures teach to his congregation."3

The difference between preaching the moral truths of the Bible and preaching moralism is whether or not the meaning (not simply the significance) of the truth is contextualized by the gospel of the kingdom. Edmund Clowney writes,

The Scriptures are full of moral instruction and ethical exhortation, but the ground and motivation of all is found in the mercy of Jesus Christ. We are to preach all the riches of Scripture, but unless the center hold all the bits and pieces of our pulpit counseling, of our thundering at social sins, of our positive or negative thinking—all fly off into the Sunday morning air....Let others develop the pulpit fads of the passing seasons. Specialize in preaching Jesus!4

The biblical text must not be ignored or abused in preaching. Michael Horton perceptively writes, “The goal of so much preaching in both liberal and conservative churches is to make good people a bit better, instead of proclaiming from the biblical text the saving acts of God."5 We are to preach Christ from the entire Bible because proper exegesis demands it. The Scripture is not an inspired book of moralisms or a book of virtues; it is, from cover to cover, a book about the glory of God in Jesus Christ through the redemption of his people who will dwell in the kingdom of Christ forever. D. A. Carson summarizes: “At its best, expository preaching is preaching which, however dependent it may be for its content on the text or texts at hand, draws attention to the inner-canonical connections that inexorably move to Jesus Christ."6

Since everything in heaven and on earth will be summed up in Jesus Christ, the preaching ministry of the local church should constantly model this eventuality to the subjects of the kingdom (Eph 1:10). Regarding Ephesians 1:10, Peter O’Brien notes, “Christ is the one in whom God chooses to sum up the cosmos, the one in whom he restores harmony to the universe. He is the focal point, not simply the means, the instrument, or the functionary through whom all this occurs."7 The implications for preaching in the present age of inaugurated eschatology are readily apparent. Since God’s plan is that all things be eschatologically summed up in Christ, then the role of those upon whom the ends of the ages has already come is to do so right now (1 Cor 10:11, Heb 9:26). The expository pulpit must call the church to comprehensively reorient its vision of reality in light of the person and work of Jesus Christ and the eschatological triumph of his kingdom.

The alternative modeled by many committed to verse-by-verse expository preaching is to sum up all things in the biblical text in light of self. The preacher analyzes a pericope grammatically, syntactically, and literarily; he develops the context of the historical author; and he exhorts his hearers to apply certain principles educed from the text. Walter C. Kaiser calls this “principalization”: restating “the author’s propositions, arguments, narrations, and illustrations in timeless truths with special focus on the application of those truths to the current needs of the Church and individual."8 Kaiser maintains that principalization excludes the use of chronologically subsequent biblical data, which he derides as reading the Bible backward and as eisegesis.9

Kaiser affirms the Bible as possessing a coherent and unified testimony. Thus, when Kaiser argues for principalization he is rejecting those scholars who argue against the Scripture as propositional revelation and possessing any canonical theological unity. While affirming Kaiser, as far as he goes, he does not go far enough because his analogy of antecedent theology fails to take the fact of the divine organic unity of the Bible to its logical conclusion in interpretation and application. This approach often results in atomistic preaching, which isolates a particular truth from the fabric of redemptive history and leads to moralistic sermons, though it almost always passes under the expository banner.

Critiquing Kaiser’s principalizing hermeneutic Daniel M. Doriani writes, “First, principalizing treats the particularity and cultural embeddedness of Scripture more as a problem to be overcome than as something essential to the givenness of the Bible. Kaiser says cultural issues ‘intrude’ in the text; the problem is ‘handled’ by principalizing’ the text. Again, Kaiser says, ‘principles...must be given priority over accompanying cultural elements, especially...the times and setting in which’ a text was written....Second, and more seriously, principalizing’s insistence on timeless, propositional truth privileges on form of divine communication above others...Third, Kaiser appears to claim a privileged position with regard to the text, as if he might be able to transcend both the original culture of the Bible and his own. How else can he gain his stated goal: ‘to restate the author’s propositions, arguments, narrations, and illustrations in timeless abiding truths.’"10

Edmund Clowney makes a helpful distinction between what he described as “truth to the first power” and that truth realized in Christ: “truth to the nth power.” When the preacher goes straight from a particular truth to immediate application without mediating the text through fulfillment in Christ, moralistic preaching is the result. The implicit message of such preaching is that the Bible is all about the individual. As Clowney notes, “It unconsciously assumes that we can go back to the Father apart from the Son."11

It is possible to preach only true assertions from the Scripture and yet mislead hearers regarding the truth of the faith because none of the truths of Scripture are meant to be understood in isolation. When ethical and moral imperatives are proclaimed as sufficient, even abstracted from Jesus, the result is a crossless Christianity in which the central message becomes an exhortation to live according to God’s rules. Christless, moralistic preaching is not restricted to the Old Testament. Frequently, gospel-free sermons emerge from the gospel narratives themselves, their significance reduced to mere moralisms.

When preaching is moralistic rather than Christ-centered hearers who possess a seared conscience may develop an attitude of self-righteousness: according to their judgment they are adequately living by God’s rules. Faithful believers with tender consciences may despair because they know that they constantly fall short of God’s standard. In other words, preaching bare moral truths (moralisms) often drives people away from fellowship with Christ. Bryan Chapell does not overstate the case when he argues that a “message that merely advocates morality and compassion remains sub-Christian even if the preacher can prove that the Bible demands such behaviors."12 Perhaps we must go even further and say that such sermons, though well intentioned, are anti-Christian and a tool of satanic deception.

2. J. Gresham Machen, Christianity and Liberalism (Grand Rapids: Eerdmans, 1994), 47. For a similar observation regarding the applicability of Machen’s critique of the liberalism of his day to contemporary conservative evangelicals, see Stephen J. Nichols, Jesus Made in America: A Cultural History from the Puritans (Downers Grove, IL: InterVarsity, 2008), 119-21.

*This is the second post in a series of posts on the Dangers of Non-Christocentric Preaching. 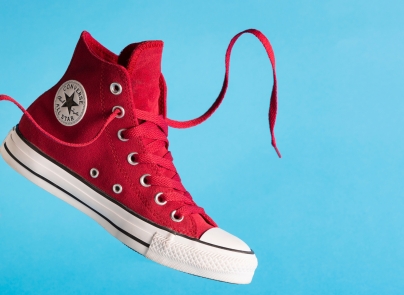 Does God Care What We Wear at Church?