Diversity is not Optional

‘Diversity’ has become one of the buzzwords in evangelical Christianity in recent times. At one level, this is a good thing, but at another its trendy inclusion may come at an unwelcome price. Just as a perfectly good adjective like ‘missional’ became a cover for some less than good theology, we can only hope the word ‘diversity’ does not become an umbrella word for a sociological rather than a theological agenda.

That said, it is not that long since the idea of diversity was regarded with suspicion in many church circles. This was true largely for cultural reasons. Consciously or otherwise, the church has done throughout its history what it was seen to do in Bible times, namely sanctify the cultural prejudices of its day to make room for them in the church. When people have come to faith, they have often had the sad habit of not leaving their cultural baggage at the door. But sadder still, too often the church has not stopped them.

Whether it has been on the basis of class or ethnicity, academic ability or social network, the fault-lines that divide the church in its broader expression are often just a reflection of the way society is congenitally divided. The upshot of this has been churches that are mono-ethnic and mono-cultural which allow no room for those perceived as outsiders to be welcomed.

In the days of Jesus, that prejudice was seen in the disciples proud boast that they had stopped a man driving out demons in Christ’s name because ‘he was not one of us’ (9.38). It did not matter that he had been using the Master’s name and authority to exercise this ministry; he was outside their accepted group and therefore was denied the right to be part of their work. But the disciples’ rebuke led only to their being rebuked by Jesus himself as he told them not to hinder such people.

The issue took on larger scale and more sinister proportions fairly on in New Testament church history. The need to choose the first seven men for diaconal roles in the church arose because of conflict between believing Jews from a Hebraic background and those who were of Hellenistic extraction. Despite their shared spiritual background, their cultural differences had led to conflict and a refusal to work for the common good within the church.

By the time Paul was writing to the Galatians – possibly as early as AD 48 – the issue was starting to become a crisis for New Testament Christianity. Indeed, it most likely had already become the one issue that most threatened the peace and unity of the embryonic New Testament church. It was certainly the catalyst for calling the first General Assembly of the church in the Jerusalem Council recorded in Acts 15. Christians from a Jewish background were making the rites and regulations of Mosaic Law a condition for believers from a Gentile background being accepted as part of the church. So the church generally and individual congregations in particular were being divided along social, religious and ethnic lines thus causing deep rifts in the body of Christ.

Paul addresses the issue forcibly (and at times aggressively) in his letter to the Galatians. But he does so from a different perspective in Ephesians – especially in the first three chapters. The whole thrust of the Ephesian letter is to show how the gospel impacts us as community. In the language of John Stott, it displays ‘God’s new community’.

In that context the apostle makes a quite remarkable statement about God’s grand design for the church:

His intent was that now, through the church, the manifold wisdom of God should be made known to the rulers and authorities in the heavenly realms, according to his eternal purpose which he accomplished in Christ Jesus our Lord. (Eph 3.10-11)

The word translated ‘manifold’ could more literally be rendered, ‘multi-coloured’. In other words, in essence what he is saying is the church is the stage on which God has seen fit to display his multi-coloured wisdom to the watching world and universe.

We need to see the wider context of this statement. In particular what Paul has said in the preceding chapter about Christ’s having ‘destroyed the barrier, the dividing wall of hostility’ (2.14) between Jew and Gentile through the cross. The multi-coloured character of God’s wisdom is displayed in the literally multi-coloured character of the church. And so precious is this gift of salvation that unites an erstwhile fragmented humanity, that Paul tells the church to ‘spare no effort to preserve the unity of the Spirit in the bond of peace’ (Eph 4.3). Diversity in the church was not an optional extra that the Ephesian Christians were free to take or leave at their pleasure.

It is not hard to see the relevance of this strand of teaching to many churches today. Ever since Donald McGavran began writing on church growth, advocating the principle of the ‘homogeneous church unit’ a subtle but dangerous departure from biblical truth began to be canonized in evangelical circles. Non-diversity was no longer an accident of culture that churches quietly took on board; it was something actively promoted as a key to growing churches. McGavran’s ideology has gained further endorsement more recently from several key leaders in the Reformed church growth movement as they proactively promote the notion that we need to target specific sectors of the community to plant churches that are customized to suit their tastes.

If we take seriously not only the teaching of Paul (and the sectarian failures of Peter for which he was rebuked), nothing could be further from the truth. Diversity is not an option, it is a necessity. Indeed, if the gospel really is ‘the power of God for salvation’ (Ro 1.16), then a church that is reaching out with that gospel in its community should expect to see the cross-section of its local community reflected in its membership.

Just as God himself is not a homogeneous unit, so those who bear his image as his redeemed community on earth should reflect the glory of his being as well as his character here on earth – in all its glorious diversity! 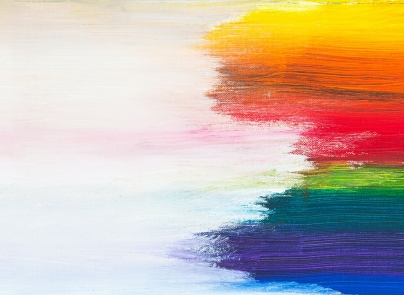 Living in a Gray World