Forgiveness for Sins is Not Enough

To illustrate, imagine your sinful nature like a witch’s cauldron; a seething, swirling pot of disgusting, poisonous, and noxious mixture. When it heats up, it boils over now and again, and the contents of the cauldron spew out, spill onto the floor, and splatter anyone nearby. That’s what happens when we sin, our sinful nature boils over, and sin breaks out, injuring us and anyone else in the vicinity.

One of the things that happens in Christian conversion, is that we come to realize that our biggest problem is not our sins but our sinfulness, not the frequent or infrequent spillovers but the constant presence of a swirling, seething sinful nature in our hearts that revolts and offends a holy God. That’s what the Apostle Paul describes in Romans 7v7-14.

The Cauldron was Hidden

Paul says, “I would not have known covetousness unless the law had said ‘You shall not covet’” (v. 7). He’s saying, “When I look back, I realize that for most of my life I never realized my sinfulness. I had no idea that I had a corrupt human nature. I never saw or sensed the inner cauldron that was constantly bubbling away, thickening but never evaporating.”

The Cauldron was Stirred

There came a time, though, when Paul’s cauldron was stirred by the law of God, and then he came to see and smell his sinfulness. “Sin, taking opportunity by the commandment, produced in me all manner of evil desire” (v. 8). When the law stirred his cauldron, He began to see sin in a way he had never seen before. “Apart from the law sin was dead” (v. 8) but “when the commandment came, sin revived (v. 9).

The Cauldron Boiled Over

“Sin revived.” Sin came to life. As the law plunged into Paul’s heart and started stirring his cauldron, he began to sin all the more and he became more and more aware of his sinfulness (v. 11)

The Cauldron was Revealed

But all this is good. Better to know about such a cauldron inside us, is it not? It was a painful but profitable discovery.

“Has then what is good become death to me?” Paul asks. Should I blame the law, the stirrer? No, the law is good. But “sin that it might appear sin, was producing death in me through what is good” (v. 13). When something so good can produce such a bad reaction it demonstrates the seriousness of my sinfulness. The ultimate purpose was to show not just his sins but his sinfulness. “So that sin through the commandment might become exceedingly sinful” (v. 14).

So next time you pray, “Forgive me my sins,” why not tag on “and my sinfulness?” As the Heidelberg catechism’s summary of the Bible’s teaching puts it:

“God, for the sake of Christ's satisfaction, will no more remember my sins, neither my corrupt nature, against which I have to struggle all my life long; but will graciously impute to me the righteousness of Christ, that I may never be condemned before the tribunal of God.” (Answer 56) 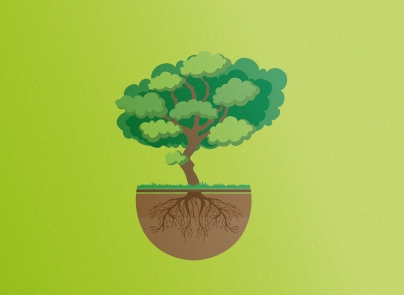