Getting Along in God's Family

The gospel of Jesus Christ is astounding. To think that when we were yet sinners God sent His only begotten Son to keep the law that we were unable to keep and to bear the curse we were unwilling to bear is enough to strike us dumb!  And yet, that is exactly what the sovereign Creator did. Think of it another way, the courtroom scene. God, the judge of heaven and earth, declares us not guilty because the Judge has judged his own Son guilty in our place.  Now, if that's not staggering enough, the imagery can be pressed further. This same Judge having punished His own Son on our behalf then legally adopts us! He takes us home with him at the end of the day.

Now, it's this aspect that we need to engage.  It's the practical side of adoption. When adoptive parents bring the newest family member home, a time of assimilation ensues.  Let me say it like this, the siblings already present need to welcome the newest member and depending on the age of the children this may or may not be easy.  And the same is true in the church.  Assimilation is not always easy. So, let me ask you a question.

When you think about the church what comes to mind?  Think back to the time after the Exodus but before the Conquest of the Promised Land. By all accounts, the church was not in good shape. Yes, they were attacking nations and winning but they were still struggling with their own sinful selves. In fact, on one occasion, God censured them by sending serpents throughout the camp. On another occasion, a plague had pillaged the people. The hardships were the result of Israel’s hardhearted disobedience.

But God was keeping His promises which was obviously a cause for consternation to the surrounding nations. And it explains why Balak, king of Moab, became frightened and sent his men to fetch Balaam. He wanted this "prophet" to conjure a spell or curse that might be placed upon the people of God. Greedy Balaam agreed to the terms.

You know the story.  Instead of cursing, he couldn’t help himself. Balaam blessed them! But that's not all. Notice what comes out of Balaam's mouth by way of description.[1] He does not speak of Israel's disobedience. Instead, the language is charitable to say the least! For example, Balaam describes Israel as being like a lion. And as he looks down on them he says, “How lovely are your tents, O Jacob, Your encampments, O Israel!  Like palm groves that stretch afar, like gardens beside a river, like aloes planted by the LORD, like cedar trees beside the waters.”[2] And on and on.

Had you been Balaam, is that the description you would have given? This little exercise in thinking simply points up what can be the difference between how God sees his family and how we see it. What is more, when we fail to see the family as God sees it we reveal something un-mortified about ourselves.  Brothers and sisters, we are all adopted members of the family of God. Not one of us is entitled to the privileges of the kingdom. So, the best approach is to see one another as God sees us - as children redeemed through His precious Son. 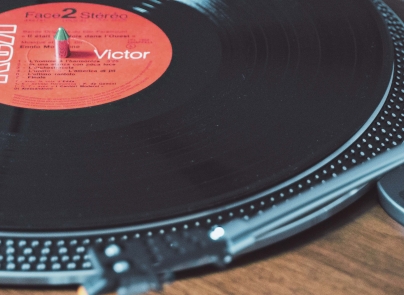 Substance over Spin: Thoughts on Cuties