As a pastor, I find that many Christians recognize that their salvation has been accomplished and given to them by the grace of God. However, it is insufficient to hold that salvation comes through the grace of God. The real hallmark of a Christian moving to deeper maturity is whether or not they understand the salvation is by grace alone.

First, we should never abstract the concept of grace from the working of the Triune God who is gracious. We are not, in our lives, praising and worshiping the concept of grace but rather the wonderful triune God who gives us unmerited grace and favor. Grace is a character trait that flows richly from God. On Mt. Sinai, He reveals himself to Moses: “The LORD, the LORD a God merciful and gracious, slow to anger and abounding in steadfast love.” The working of the Triune God in the accomplishment and application of redemption is to “the praise of his glorious grace” (Eph. 1:6) and “according to the riches of his grace” (Eph. 1:7). It is insufficient for me to recognize aspects of God’s grace if I fail to recognize that salvation comes from God by grace alone from start to finish.

Outside of rank Pelagianism, every doctrinal perspective within the Christian tradition from Roman Catholicism, to Eastern Orthodoxy, to Wesleyanism, Arminianism, and Calvinism all recognize the grace of God in the accomplishment of salvation. Roman Catholicism recognizes the cross of Christ in the accomplishment of redemption and understands that God is gracious yet humans must appropriate and have the grace of God inwardly imparted to them through their act of participation in sacraments. It is not the concept of grace that distinguishes but rather grace alone that from start to finish distinguishes all of God’s dealings with me. Grace alone is connected to the doctrine of faith alone.

Paul describes this grace in Ephesians 2. We were dead in our sins and by nature children of wrath. In this deadness we lived out our sinful estate enjoying our rebellion and actively thumbing our noses at God. Not only did we not have a will or inclination for God, we thoroughly enjoyed living contrary to God and in opposition to him. We were not passively waiting for God to rescue us; we were actively revolting against Him. Then, we have from Paul some of the sweetest words in all of Scripture:

But God, being rich in mercy, because of the great love with which he loved us, even when we were dead in our trespasses, made us alive together with Christ—by grace you have been saved— and raised us up with him and seated us with him in the heavenly places in Christ Jesus, (Ephesians 2:4-6)

This is what it means when the Bible says we have been saved by grace. It means that God extended mercy upon those undeserving. It means that God showed us love out of the freedom and goodness of His own decision to act. He was not motivated to respond to us because we were lovable, worthy, or even capable of living up to what He determined to give us. He took us from deadness and made us alive. Notice that in this great act of grace, we contributed nothing.

God did not coax us back to life, slowly warm us like a doctor might pump a heart hoping the heart will respond and perhaps now assisted it may start up again. Rather God imparted life where there was nothing but death, rot, and filth. If that was not enough, God raised up the believer in Jesus Christ so that we might share in the glory and the riches of the kingdom.

God did not give us life and make us mere attendants in the kingdom but He imparted life and made us adopted sons with all the rights and privileges. Put another way: God’s grace does not set us at neutral and see how we might respond or what we might achieve. Instead, God’s grace installs us as full and active inheritors of all the riches and glories that God has given the humanity of the Son in his resurrection and reign.

The biggest personal impact from the doctrine of grace alone is boasting; if salvation is by grace alone then boasting can be directed at God alone. Why does God elect people to salvation? Why does God raise up the dead sinner? Why does God do this through gospel preaching which the world finds silly and foolish? Paul tells us: “so that no human being might boast in the presence of God” (1 Cor. 1:29) The corollary of this (which Paul gets to in 1 Cor. 1:31) is even when I boast in the presence of men I have nothing to boast about save the unmerited and gracious favor found only in God. I cannot run around before others clamor for status and prestige as I puff myself—I have only God to boast in before others.

The recovery of the doctrine of salvation by grace alone is one of the hallmarks of the Reformation but woe to us in our day if our seeking to stand upon it does not make us more humble in our walk before God and in our presence before our neighbors. What have I done for my salvation? Nothing. Even my receiving it through faith alone in Christ alone was not my act of reaching up and pulling heaven down to me. The Holy Spirit called me and I but opened my arms to grace because He first opened my heart. What do I have that I have not received? And if I received why do I boast as if it was not a gift given (to paraphrase Paul in 1 Cor. 4:7).

We live in a day where the spirit of the age teaches us to boast. It is practically a prerequisite for the successful American life. Yet it is contrary to Christian conduct. Even more, it is antithetical to the doctrine of salvation by grace alone. We need not only in believers of the Reformational doctrines but practitioners of them as well. Those of us who follow the Reformation are sadly at times not the most humble. We too can be lured by desires for self-promotion, popularity, and boasting. Yet the doctrine of grace alone should teach us to exalt the Lord alone and boast only in Him.

Not only does grace alone cut off my boasting, it makes a marked difference in how I relate to God. A voice to this radical difference is much needed in our world today. Recently, I happened to be watching a well known morning news program in which a particular correspondent was examining the “power” of prayer. She interviewed scientists who had done brain scans upon people who regularly prayed or ‘connected with a higher power’. Then she interviewed a group of teenagers with a very diverse religious and spiritual background. What struck me was that everyone from the Muslim, to the Christian or Roman Catholic, to the spiritualist just meditating to a higher power, all of them spoke of their “relationship with God”. Everyone felt a relationship with God and felt comfortable with their ability to reach a god, being or higher power and commune with him/her/it. It was evident that there is this common moralistic therapeutic deism at work where all language of god & divine powers is basically equivocal. In this scheme there is always the divine’s general benevolence but nothing like grace alone. Grace alone shatters this whole notion of a god made for my personal fulfillment. A yet many so-called preachers of grace make this the measure of God and the motivation for calling people to Him today.

The doctrine of grace alone assures to us that the living God of the Bible is unique. His dealings with His people are unique because they are rooted in the Trinitarian God and displayed in the operations of the God who is one God in three persons. Anyone can talk of a general grace and kindness of a divine and higher power. Christianity alone speaks of a God who comes to His people and reaches them because of the sheer goodness and love that is motivated by nothing other than His grace. He extends favor where only wrath is deserved. While the riches of salvation overwhelming me, they also leave me looking outside myself. In my self-conception I become smaller and He becomes bigger because my salvation is to the praise of His glory and the wonders of His grace alone. 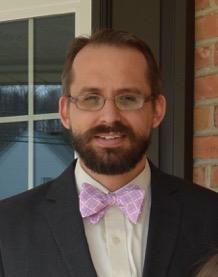 Tim Bertolet is a graduate of Lancaster Bible College and Westminster Theological Seminary. He is an ordained pastor in the Bible Fellowship Church, currently serving as Interim Pastor of Faith Bible Fellowship Church in York, Pa. He is a husband and father of four daughters. You can follow him on Twitter @tim_bertolet.
Share on Facebook Tweet Widget