Justification by Faith Alone is Still the Issue

The Alliance of Confessing Evangelicals, as founded by James M. Boice, was the successor organization to the International Council on Biblical Inerrancy. The so-called “Battle for the Bible” was followed by the “Battle for the Gospel.”

The former dealt with what the Reformers called “the formal principle” of the Reformation, that the locus of authority for the Church is the Word of God. The ICBI was remarkably successful in restoring an emphasis in evangelical circles on the full authority and the absolute truth of God revelation in Holy Scripture. The “material principle” of the Reformation, its primary content and indeed the central teaching of Scripture, is justification by faith alone in the atoning work of Jesus Christ.

The doctrine of justification, said Luther, was the article upon which the Church stands or falls. All other doctrines—the Trinity, the Creation, the Fall, the Grace of God, the Incarnation, the Sacraments, our personal sin and our personal salvation—come together in the Cross of Jesus Christ. Here the Second Person of the Trinity bore our sins and the judgment they deserve, and in exchange imputed to us His righteousness, giving free forgiveness, everlasting life, and the power of the Holy Spirit to those who receive this gift in faith.

That material principle, the very content of the Gospel, is being challenged today in the Church—even in ostensibly evangelical congregations—as in no other time since Medieval Catholicism.

In the early days of the Alliance of Confessing Evangelicals, in which I was a council member representing the Lutherans, we criticized various trends—such as the church growth movement, therapeutic preaching, worship-as-entertainment, and the like—for neglecting the Gospel, for unintentionally leaving Christ and His saving grace out of the picture. But we took for granted that even most of those we criticized believed in the Gospel, in Christ’s justification of sinners by faith, apart from their works and merit. Today I am not so sure.

Back then we criticized the “Evangelicals and Catholics Together” statement, which found agreement between the two traditions on this crucial issue of justification by faith. We thought that the evangelical side made a mistake in not seeing how the document preserved the Roman Catholic position that justifying faith is not so much about the forgiveness of sins but the granting of a supernatural power to do good works and thus to merit salvation. But now it is evident that many of today’s evangelicals believe precisely that. Faith is a means to an end, and salvation is by our good works after all.

The “New Perspective on Paul,” embraced by many evangelicals and even Reformational theologians and Bible scholars, teaches that when the Apostle says that Christ delivers us from the condemnation of the Law, He is referring not to our moral failings but only to the jurisdiction of the Old Testament ceremonial laws. We are back on our own when it comes to the requirement for moral perfection. This interpretation, though, is not new. It is the way Roman Catholics have always explained away the Book of Romans.

Meanwhile, prominent evangelical leaders are criticizing the doctrine of the substitutionary atonement. Some are echoing the feminist theologians who say that for the Father to punish His Son for sins that other people committed amounts to cosmic child abuse. In such ignorance of the Trinity, the Deity of Christ, and the Incarnation—as well as the fact that God is qualitatively far different from ourselves—we see again see how confusion over “the chief article” of justification throws off all of the other Christian doctrines as well.

In the void left by justification, churches are turning to new gospels—the prosperity gospel, social gospels whether of the left or the right, the gospel of inclusion. To be sure, the Gospel is for all the world, but this notion that reduces the Gospel to inclusion ties in well to both the church growth movement, for whom increasing church membership is everything, and the inclusion politics of the gay rights movement. Not to reach out to homosexuals, proclaim Christ’s forgiveness to them, and welcome them as redeemed sinners, but to accept them just as they are by denying their sinfulness.

Those who deny justification by faith become first legalists and then antinomians. Many evangelicals are saying that the Gospel is about imitating Jesus. I always ask them, “And how are you doing with that?” Because that standard and God’s standard of absolute holiness and perfect are impossible for sinful human beings to fulfill—which is why we need Christ, the Gospel, and justification by faith—legalists eventually tend to water down that Law to make it easier to fulfill. Thus, political attitudes, feelings of altruism, and various abstract and attitudinal principles replace the austere demands of moral behavior. But then moral behavior itself gets redefined. “There is nothing really wrong with what I am doing.” If that is true, then we can feel that we are still good people who merit God’s favor. Today we have self-righteousness without righteousness, legalism without the Law, moralism without morality.

Back in the Middle Ages, the Church had largely papered over and obscured God’s Word and thus the Gospel. It was simultaneously legalistic and morally corrupt. It was preoccupied with its power and its wealth. It burdened its people with impossible demands while, at the same time, offering them easy outs. Pretty much like lots of Protestant--even evangelical, Reformed, and Lutheran--churches today.

So, yes, we still need the Biblical truths of the Reformation. And the central issue is still justification by faith alone.

Gene Edward Veith (PhD, University of Kansas) is provost and professor of literature at Patrick Henry College in Purcellville, VA.  He is the author of numerous articles and books, including Modern Fascism, State of the Arts, Reading Between the Lines, Loving God with All Your Mind, Postmodern Times, God at Work, and Family Vocation. For many years Dr. Veith served as cultural editor at World magazine. 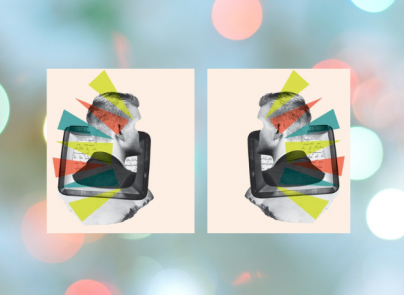 The Rise and Triumph of the Modern Self...