My family moved to St. Simons Island, GA in 1989. I was 12 years old. One of the first things that I distinctly remember about that beautiful, little secluded Island was the fact that we could walk into a store, write our name on a ledger and walk out with just about whatever we wanted in the store. I remember my dad and mom talking about needing to pay off their account at the hardware store every month. The owners and my parents both wanted to keep "short accounts." It was a peculiar and fascinating experience for a boy who moved there from a major city in which that would have never happened. The population of the Island was small enough at that time for store owners to feel as if they could offer that service. Needless to say, it didn't last long. Within a year or two, you could no longer do so. It is somewhat tragic that this practice isn't part of our culture anymore, because it serves as an illustration of an important aspect of our spiritual life. In the Christian life, we are--as the Puritans used to say--to "keep short accounts with God and men." So, what do short accounts look like in the Christian life? Here are a few thoughts:

1. Confess Your Sins. Believers are people who confess their sin. That is part and parcel of what it means to be a Christian. If a man or woman, boy or girl, never confesses their sin, they reveal that they do not believe that they are sinners in need of a Savior. A true believer is one who has learned, by the work of the Holy Spirit, to say, "Will you please forgive me?" This is true in the vertical dimension of our relationship with God, first and foremost; and, it is true in the horizontal relationships we have with others. If we don't confess our sin, we evidence that we are not sincere in our profession of faith in Christ. We must first confess our sins to the Lord. We learn this from Psalm 51, where David prays, "Against You and You only have I sinned" (Ps. 51:4). Even though David had sinned against Uriah, Bathsheba, both of their families, his family and all of Israel, he viewed his sin, first and foremost, as that which he committed against the Lord. It was sin because he broke God's law. We too must first go to the Lord and then to others. When we go to others, but not to the Lord, we functionally act like the man or woman who goes to the priest in the confessional but not to God in heaven.

2. Confess Your Sins Particularly. The Westminster Confession of Faith has an intriguing statement about this in its chapter on repentance, where we read, "Men ought not to content themselves with a general repentance, but it is every man's duty to endeavor to repent of his particular sins, particularly" (WCF 15.5). In short, we must never conclude that it is sufficient to confess that we are generally sinners or that we have generally sinned. When we confess our sin to God and men, we are to confess our sins specifically. We are to own the guilt of the particular sins that we have done. We are to examine our actions against the Law of God (i.e. the Ten Commandments) and confess the particular ways in which we have broken His law. My wife and I try to teach our boys to do this when they have sinned against one another. We teach them not to say, "I'm sorry." Instead, we seek to teach them to say, "Will you please forgive me for doing x, y or z." We also try to do so in our marriage. It is good for husbands to ask their wives to forgive them for sinful anger, for lack of gentleness, for lack of understanding, for pride, for laziness, for indifference, etc. Likewise, it is good for a wife to ask her husband to forgive her for all the ways that she has specifically failed to obey the Lord in her relation to him. Likewise, members of the church need to learn to confess particular sins to one another. When one member of the church has sinned against another, he or she needs to go to the offended party and seek out their forgiveness for what they have specifically done wrong. Sadly, this occurs quite infrequently in the family, in marriages and in the church.

3. Confess Your Sins Quickly. One of the sure signs that there is something out of alignment in your soul is that you do not go to the Lord and confess your sins as soon as you recognize that you have sinned against Him. Pride keeps us from uninhibited confession of sin. The same is true with regard to our relation to others. Like the disciples in the Garden, our flesh would rather sleep than engage in the spiritual work of prayer...especially when we have sinned. The Apostle Paul warned believers not to "let the sun go down" on sinful anger, because Satan will most certainly get a foothold in our relationships when we do so. We must learn to confess our sins quickly.

4. Confess Your Sins Continually. We must continually go to God and men in confession and contrition. We must resist the temptation to give into sin and stop confessing it. Confessing and seeking to forsake sin is one of the means of Christian growth in grace. When we stop doing so, we have begun the first step toward backsliding or apostasy. It doesn't matter how many times we may fall into the same sin, we must go back to the Lord and back to those against whom we have sinned in order to seek our forgiveness. The Proverbs tell us, "The righteous falls seven times and rises again" (Prov. 24:16). When Simon Peter asked Jesus if he should forgive his brother seven times, Jesus told him to do so seventy times seven (Matt. 18:22) This means that we should repeatedly confess our sins to God and men--no matter how many times we have sinned.

5. Approach Others When Sinned Against. Part of keeping short accounts with others is going to them when you believe that they have sinned against you. Jesus taught us to do so when he said, "If your brother sins against you, go and tell him his fault, between you and him alone. If he listens to you, you have gained your brother" (Matt. 18:15). It is just as much our responsibility to humbly and forthrightly address what we believe to be the spiritual debt of others to us as it is for them to come to us and confess their sin. This has got to be one of the least practiced, yet most important, parts of the Christian life. In a culture that essentially says, "Live and let live," believers need to learn what it means to go to and lovingly confront a brother or sister when they believe that he or she has personally sinned against them. Often, one believer is obvlivious to the fact that he or she has sinned against another. Telling a brother or sister your fault is part of helping them keep short accounts with God and men.

6. Forgive Others Indiscriminately. We must guard against only forgiving those we like. To do so would be to show affinity not forgiveness. No matter who comes to us and asks us to forgive them, we are to stand ready to extend the forgiveness for which they are coming. We have no right to hold faults over the heads of those who have come to us because we don't like their personality. I have seen some of the roughest of persons come to a place of deep brokenness over their sins--only to hear those they have sinned against criticize them for that roughness. We are not called to only forgive our friends. We are called to forgive any who repent and seek that forgiveness from us.

7. Forgive Others Continually.  As noted above, Jesus taught us to forgive and unlimited number of times (i.e. the sense of "seventy times seven"). We are all ready to write others off when they sin against us a certain number of times. One of my friends often reminds me that most relationships--because of the self-righteousness in our hearts--can only handle one or two offenses. However, when we remember how much God has forgiven us, how can we not repeatedly forgive others. If we set a certain limit on how much we forgive others, we are in danger of having God hold our offenses against us. The parable of the two debtors (Luke 7:36-50) is a frightening indictment against those who do so. This does not mean that there will not be consequences for those who continually sin against another. A husband who continually cheats on his wife is most certainly subject to her executing her God-given right to divorce him. However, she must repeatedly and continually forgive him of his sin if he repents, just as God does for us in Christ.

So much more could and should be said on this subject. However, what has been said should encourage us to make sure that our ledger is cleared. We need to be diligent to keep short accounts with God and men. In doing so, we will experience more of what it is to live by the grace of God in Christ, to live in gracious relationships with one another and to be agents of grace in extending forgiveness to others. 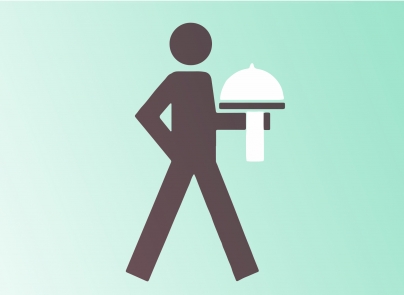