If you were God and you were sending your Son into the world to save the world . . . into what kind of family would you send your chosen Son? Some might expect God to have selected a dazzling father, perhaps a noteworthy religious or civic leader. You might expect the Messiah to be sent to a family that was financially blessed or to a well-educated couple. We might predict that the Savior would attend elite schools, have social polish, and reside in a city. But God didn’t do it that way. He picked an obscure couple, unknown in the religious and social circles of Jerusalem. The chosen father was not a ruler or a rabbi, but a working-class man of no notoriety. We know that these parents were poor, because they offered the offering for the destitute (two turtledoves, Luke 2:24). As far as we know, they were common working people, living in the small, un-urbane village of Nazareth in the northern part of Israel known as Galilee.

Mary is usually the star parent of the Advent narratives. She is extolled as gentle, faithful, merciful, and because she lived until Jesus’ death, she gets far more ink than Joseph.

All we know about Joseph is from these opening chapters of Matthew (or Luke), except for the singular reference elsewhere that he was a carpenter. Yet Joseph can and should be studied as a model of a faithful father, a man who trusted God in adverse circumstances, and one in whom we see God’s Spirit working. Although seldom preached on, there are many of God’s way we can learn from Joseph.

Joseph has been called “the forgotten man of Christmas.”[1] That’s not an exaggeration. Few sermons are preached about him. As a matter of fact, there’s hardly anything written about Joseph.

Recently, I flipped through our hymnal to see how many times his name is mentioned.

– Mary is mentioned by name at least seven times in Advent hymns.

– Joseph is never mentioned – not even one time – in the same seasonal carols.

In the great hymn “Angels We Have Heard on High,” there was a verse that mentions him–“See within a manger laid, Jesus, Lord of heaven and earth! Mary, Joseph, lend your aid, sing with us Messiah’s birth.” Unfortunately our hymnal omits that stanza, which means that Joseph is left out almost completely of Advent hymns.

From the First Gospel, we know that Joseph was from David’s the royal line and sought to keep the Law. He and Mary had to travel nearly 100 miles merely to register for the oppressive census. We don’t know for sure how old Joseph was, and we cannot be absolute on this. But below are first truths of parenting, however, to learn from him.

Joseph, noted J. C. Ryle, is a “beautiful example of godly wisdom, and tender consideration for others. He saw the ‘appearance of evil’ in [Mary]. But he did nothing rashly. He waited patiently to have the line of duty made clear. In all probability he laid the matter before God in prayer. ‘He that believes shall not make haste.’”[2]

Patience is needed in all areas, especially parenting.

Joseph didn’t spend much time complaining. Although it has become the norm to fictionalize him, and have him say, “Oh, Lord, why did this happen to me; my life’s about over now,” the Scriptures record no such thing. On the contrary, the Bible shows Joseph as a man of obedience who embraces God’s providence.

He is called a “righteous” man, and surely he was spiritually mature enough to know that he did not make himself righteous or do things that saved his own soul. Without expressly saying it, it is true that Joseph was made righteous by the working of God’s Holy Spirit.

Then too, he provided a home for Jesus, even though the child was not his. In fact, he raised him as his own. And Joseph trusted in God’s providence. Joseph at a young age—at whatever age—looked to God to provide.

He cared about Mary; and did not throw her under the bus. Compassionate men are considerate of others. When Joseph discovered that Mary was pregnant, he had two options according to the customs of the day: He could (1) institute a divorce suit against Mary for her unfaithfulness. Although the letter of the law prescribed stoning for an adulteress, Joseph could safely assume that this penalty would not be enforced. But a lawsuit would have exposed Mary to public disgrace and ridicule. Or, he could (2) hand her a bill of divorcement (necessary to dissolve the engagement), dismissing her privately without public fanfare.

Joseph chose the latter because he did not want to disgrace Mary (1:19). Even though he was in pain and he thought at this point that Mary was responsible for his pain, he didn’t want to get even or make her pay. He was considerate of her feelings. Biblical love, which we are to have even toward those who have hurt us deeply, seeks to protect (1 Cor. 13:7) and shield others rather than to make them pay.

Judging from Joseph’s actions, he knew that Mary was pregnant. He also knew that he wasn’t the father. He had every right to believe that she had been unfaithful to him and to their betrothal. Then too, there was her story of how she had become pregnant. “God did this to me.” Yeah, right! How many of you would have believed that story? Joseph had every reason in the world to think that she had not only cheated on him, but that she was also lying to cover up her sin. Let’s face it, this was the only time in the history of the human race that such a thing had happened.

Still, Joseph trusted in providence; and he sought to obey God. Importantly, he loved Mary in a Christ-like way. The first Gospel, early on, wants to show a model of parenting, even if Joseph is often lost in the shuffle later.

Maybe you’ve never thought about this before, but Joseph is not reported as saying a single word in the Gospels. He listens and obeys. Joseph probably thought his life was pretty well set when he was betrothed. He had a job and the prospect of a godly wife. Then his plans collapsed. His great start was divinely interrupted by an out-of-wedlock pregnancy. Joseph was a man of integrity—he wanted to do the right thing in the right way. He considered divorcing Mary when he learned of her pregnancy but wanted to do so without calling attention to the reason, Instead of publicly ridiculing her, he risks being questioned about Mary’s pregnancy. By quickly marrying her, he set events in motion, and the Roman census carried them far away from the town’s glaring looks.

When our lives take a nasty turn, we cry out, like Joseph may have cried out, “God, how can this be?” But like Joseph, we must trust and follow his Word. God’s ways are higher than our ways, and we may never understand everything that God is doing this side of heaven, but God says, “All things will work together for good.”

It’s been said the best thing a father can do for his kids is to love their mother. Joseph’s love for Mary reflected Paul’s definition in 1 Corinthians 13. Instead of being indignant, Joseph accepted this child as his own. Joseph accepted the revealed will of God.

While Mary receives much proper attention, Joseph deserves his credit. He became the Messiah’s earthly father, ruggedly embracing God’s providence, and is a model of the man of faith, struggling with his doubts but trusting more in what God has said. He sets his eye on God.

In these days of poor role models, Joseph is a wonderful portrait of what a godly man looks like. He combined the fruits of the spirit, exemplifying the mature behavior of a gospel-centered man when he loved his wife and laid his life down for her.

Every family creates certain habits and customs. Some develop almost unconsciously, others by effort and deliberately. When Christian homes establish worship norms, those become part of regular family life. Once those are in place, you don’t have to debate the matter every time it comes up. These simply become your custom or habit. Joseph and Mary had the custom of worshiping God regularly as his Word commands. In modern parlance, they had the habit of regular church attendance. It wasn’t up for grabs. They didn’t just do it when there was nothing better to do or if they weren’t too tired. It was their custom. And why was it their custom? Because it reflected the priority of God in their lives. They honored God by keeping his day set apart for him.

It communicates loads to your kids if your family only goes to church when it’s convenient. The same goes for family Bible reading and prayer. It reflects your priorities. If we plead, “We’re too worn out to get up for church today, so we’re going to skip it,” or “We need some time off, so we’re just going to have fun as a family this Sunday,” your kids aren’t dumb. They figure out your priorities really quickly.

We can see this clearly based on the names used for God early in the gospel. He knew Jesus as the God who was with us (Emmanuel), and he knew that when he named his son Jesus that such would connote “Savior.” Joseph knew we needed to be saved from our sins. As a young father, he knew that we are guilty and stained by sin. We are impaired by that sin; and that is a first truth of the first Gospel.

Joseph knew this first truth trumpeted by these names of God. For the timid, the poor, the hungry, the tired, and for those who cannot save themselves, Savior is a blessed sound.

I pause to ask this question. Could these questions influence your life?

When Jesus began his earthly ministry, he chose one word above all others to describe what God is like. He called him Father.  Humanly speaking, where did Jesus learn about fathers? From Joseph.  Men, the way your children understand the fatherhood of God is directly related to the kind of father you are. You teach them something about God every day just by the way you live with them. We cannot regenerate our children, but they learn much about God at an early age from a godly dad. Joseph was one such example, and we can learn much by looking at this surprising and nearly-forgotten man, chosen by God for a great purpose. 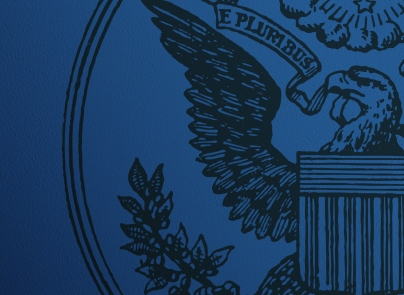