The Marks of a Healthy Church: The Great Commission

Last words are important and often intriguing and none more so than the last words of Jesus. They are best remembered as expressed by Matthew at the end of his Gospel where Jesus tells the Eleven,

“All authority in heaven and on earth has been given to me. Therefore go and make disciples of all nations, baptizing them in the name of the Father and of the Son and of the Holy Spirit, and teaching them to obey everything I have commanded you. And surely I am with you always, to the very end of the age” (Mt 28.18-20).

They are familiar words and, even though they are almost certainly not Jesus ‘last words’ in a chronological sense, they linger in a way those recorded at the start of Acts do not. The last words the disciples heard from Christ would galvanise the significance of the first words he spoke to them in a way that would change them forever. Their formal relationship with Christ began with the words, ‘Come, follow me, and I will make you fishers of men’ (Mt 4.19). Now that relationship came of age, as he prepared to leave them, saying, ‘Go…!’

There are numerous angles from which we can view this parting mandate from Christ, but one that is perhaps not often considered is its relationship to another mandate found at another defining moment in the history of the world and of the human race. That is, the so-called ‘Creation Mandate’ recorded at the end of the opening chapter of Genesis.

Immediately after the description of God’s creating Adam and Eve, having blessed the newly created pair and declared, ‘let them rule over the fish of the sea and the birds of the air, over the livestock, over all the earth, and over all the creatures that move along the ground’, God says,

“Be fruitful and increase in number; fill the earth and subdue it. Rule over the fish of the sea and the birds of the air and over every living creature that moves on the ground” (Ge 1.28).

As Greg Beale points out, the fact that this command is introduced with words that relate to procreation provides a significant link between God’s words in Eden and his words through the risen Christ on the Mount of Olives.

The clue to the connection lies in the context of creation. In the newly established creation in Genesis, crowned with the first pair of human beings as God’s image-bearers, God commands Adam and Eve to replicate and perpetuate that image throughout the earth. On the Mount of Olives, we encounter Christ as the prototypical man who, through his resurrection from the dead, has inaugurated God’s new creation. So there should be no surprise at his speaking words that echo of those spoken to the first Adam in his perfection. Those who, in Christ, are ‘new creation’ (2Co 5.17) are also to replicate and perpetuate the restored image through their gospel witness and labours.

Within the context of the New Covenant community, this clearly had implications for the families of believers and how they were to be nurtured in the faith (Ac 2.39; Eph 6.1-4); but in the now fallen world it had a larger horizon as well. They were to ‘make disciples of all nations’ – the Goyim: nations which at that time were very much outside the covenant community of the people of God. The mandate was now to be outworked in a fallen world among the countless millions in whom the imago dei was disfigured. How was the church to fulfil this task? By bearing witness to the One in and through whom alone the image can be savingly restored, namely Jesus (Ac 1.8). The apostolic witness entrusted to the church finds its gospel focus in Christ alone as Saviour.

The precise wording of the Great Commission is significant. Even though, at least for those who only read it in English translation, it would be tempting to think the ‘command’ component of what Jesus says is to ‘Go!’, the imperative in this clause is actually to ‘make disciples’. The ‘going’ is presented in a present continuous tense. Jesus simply assumes that the church will always be in ‘going mode’ as it brings the gospel to the world.

As was pointed out in an earlier post on this subject, the church has repeatedly distorted Christ’s words at this point by understanding them to mean, ‘Come and hear!’ (supposedly addressed to the world). But, of course, our Lord addressed his command to the embryonic New Testament Church that they should ‘Go and tell!’

The salient difference between what is said in this context and its Old Testament precursors in Israel’s calling to be a light to the Gentiles and God’s means of bringing all nations to praise him (see, e.g. Ps 67.1-7) is that now, through the death and resurrection of Christ, salvation had been fully accomplished. This is why Jesus can emphatically preface his word of command with a word of promise: ‘All authority in heaven and on earth has been given me. Therefore…’ (Mt 28.18-19). More than that, it explains why he can also punctuate the commission with the assurance, ‘And surely I am with you always, to the very end of the age’ (28.20).

Christians in the increasingly post-Christian Western world wring their hands in face of declining church attendance and ever-growing opposition to God and the gospel. Yet, strangely, as the gospel is spreading and the church is rapidly growing in the Majority world, it is invariably in the face of even greater opposition: ignorance, world religions and persecution. This was very much the world into which Jesus was thrusting the apostolic band through his last word to them. Their mission ‘to the Jew first and then to the Gentile’ (Ro 1.16) seemed like an impossible task; but as these men gave themselves to it in faith and obedience, Christ used them to begin building his church. And that is what he has been doing ever since as his people everywhere dare to risk their all for the gospel.

Mark Johnston writes regularly for his Alliance of Confessing Evangelical column, Resident Aliens.  He is a Trustee of the Banner of Truth Trust and the author of three commentaries in the ‘Let’s Study’ series – John, Colossians and Philemon, and 2 Peter and Jude. He is currently the pastor of Bethel Presbyterian Church in Cardiff. 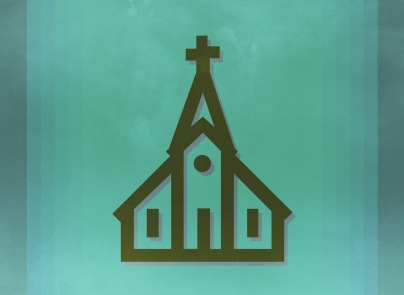 A Resolution for the Church 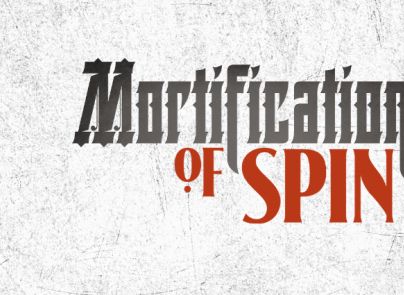