There are more than a few places in the Bible – frequently in the Old Testament, but also in the New – where we find long lists of names, sometimes bound up with numbers. And, when we find ourselves in such territory, we often wonder why they are in the sacred record and what are we supposed to make of them.

The answer is found, at least in part, by reminding ourselves of the viewpoint from which we look at such passages and the way this has its own way of skewing our appreciation and interpretation. Linguist and Missiologist, Charles Kraft, illustrates this well by pointing to a conversation between a Gentile student and his Jewish friend. The non-Jew asked, ‘What is your favourite passage in the Bible?’ To which his friend replied, ‘1Chronicles 1-9’ (nine chapters of almost unremitting genealogies!) The reason his friend was drawn to this portion of the Hebrew Bible was, of course, because of how it proved God’s faithfulness to his promise and to his people. God keeps his word to those who call upon him and, even when they stray from him, in covenant mercy he remains true to them.

The definitive truth bound up with this is seen most pointedly in Matthew’s genealogy of Jesus (Mt.1.1-17). The very fact Matthew labels his Gospel ‘The book of the genealogy of Jesus Christ’ speaks for itself. He, the Jewish former tax-collector – perhaps with his love for figures and official records – sees how a list of names has its own way of speaking truth more eloquently than a statement in prose. In this case, the supreme truth of God who made a promise in the Garden, reinforced it through Abraham, and at a specific point in history, brought it to fruition in the birth of the Saviour.

Another place where we see another such list is the book of Ezra. It relates to individuals, key figures, family heads and various groups who returned to Judah after the exile. It names some, categorises others and points to difficulties relating to several in particular. It is a chapter that leaves many non-Jewish readers more than a little perplexed over how they are meant to benefit from it.

Derek Kidner, with his trademark pithiness describes the chapter as ‘a monument to God’s care.’ It testifies to the particularity of God’s concern for his people – he knows their names – but also to his faithfulness to the promise he made. Despite their waywardness which led to exile from the land, it was ultimately that he might display the full wonder of his covenant mercy. Ezra teases this out in a way that goes beyond those who returned to the land to show its relevance to God’s people through the ages.

At the most basic level he includes this record to remind all who trust in God’s promise of redemption of the importance of their unique identity. Even though the Jews had spent almost 70 years as aliens in a strange land, their true identity had not been eradicated. They came home bearing the names bound up with their covenant heritage to the land from which they had been carried into exile. Out of all the many factors that had shaken their sense of who they were and where they really belonged, Ezra reminded them of their true roots and what defined them.

No matter how far-removed this detail may seem from the culture of our day, it could hardly be more relevant to a generation – even of Christians – who wrestle over who they really are and what defines them at the deepest level. When we are united to Christ, we are enfolded into the communion of saints and this, more than anything, defines us at every level.

Another fascinating detail about this list and how it is constructed is Ezra’s concern to identify people according to role and responsibility within the covenant community. He speaks of leaders, priests, Levites and temple servants according to their different categories. Once again this is more than just a dusty record from the history of Judah. It was a strong reminder – echoed in Nehemiah 3 with its ‘Who’s Who’ in the rebuilding of the walls of Jerusalem – that everyone in the covenant community has his or her place and each is meant to play their part. This too speaks volumes to a church generation which needs to be reminded every member needs to play their part for the good of the body.

There is, however, one other detail in Ezra’s catalogue of names and numbers that demonstrates its vital place in Redemptive History. We see it tucked away near the start of the chapter in the reference to Zerubbabel and Jeshua (Ezra 2.2). Zerubbabel was the grandson of Jehoiachin, the king whose reign coincided with Nebuchadnezzar’s deportation of the Jews and, therefore, was seen as the rightful heir to the throne. Jeshua was the High Priest who bore responsibility for the spiritual life of the nation. What makes this little detail striking is that, as Kidner also points out, these two figures who were instrumental in the restoration of divinely-ordered rule and worship, are alluded to by Zechariah as having deep significance in God’s plan of redemption. He points to a single individual in the future, whom he calls ‘the Branch’ (Zech 6.11-13), in him these two offices of king and priest are brought together – widely acknowledged as pointing to Christ.

The restoration of the Jews after the exile under the men who held these God-appointed offices was a harbinger of the great restoration that would come through Jesus, our Great High Priest and King which will last forever. Even the mysterious names and numbers of the Bible carry gospel freight! 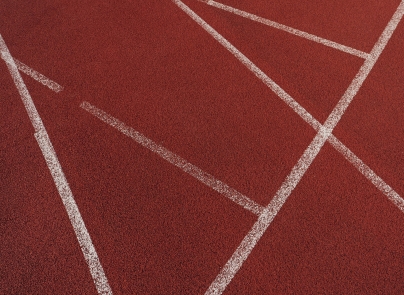 Check out The Haven