The conditional word “if” is full of biblical weightiness. We must never ignore, explain away, or overlook the “ifs” in the Bible. The "if" passages are freighted with importance. Though a small word, it has eternal implications. And the normally nominal Bible-belt has neutered and robbed the power of the inspired "if." Whatever you do, don't let your theological grid soften the word of God. When you read the Bible, if you find yourself trying to explain away some of the hard texts then something is off—and it's not the Bible. Don't castrate the “if” in your Bible study, sermons, and counseling. The Bible is a sword, not a jellyfish. We can't remove all of the cutting, uncomfortable, and jarring verses, words, and conclusions of the Bible. No one puts the Spirit in a corner.

The Word is designed, at times, to make us squirm (2 Tim. 3:16). We still have residual, faint, zombie-reeking flesh in the corners of our heart. That old DNA will argue with clear words in the Word, and will try to pick a fight with the God of Scripture. Don't let it do so. Kill that impulse.

Listen to what the Apostle Paul has to say in Colossians 1:

"And you, who once were alienated and hostile in mind, doing evil deeds, he has now reconciled in his body of flesh by his death, in order to present you holy and blameless and above reproach before him, if indeed you continue in the faith, stable and steadfast, not shifting from the hope of the gospel that you heard, which has been proclaimed in all creation under heaven, and of which I, Paul, became a minister.” (Colossians 1:21–23 ESV)

Though only two letters, "if" is a major player in this passage. It is one of the weightiest words in the text. Paul affirms how Christians are going to appear before God in the end—"if they continue in the faith." Yep. That's right. He said it. God wrote it. Everything in Colossians 1 sounded good to the ear and then all of a sudden, Paul slams on the breaks, does a Jerusalem-drift with the car and parks the text where we weren't expecting.

"What about once-saved-always-saved?" Still true. Eternal security is taught everywhere in the Bible. But the Bible says nothing about once-professed-always-protected. Many who claim to be Christians, reveal over time that they were never born of God's Spirit. According to Paul, if people don't keep going, keep walking, keep repenting and keep believing then they were never really saved in the first place.

Once they have been saved, people will continue, stumbling forward, and are always saved. So what should we think about people who make a profession, spring up with joy and then wither away (Matthew 13:20-21)? The Apostle John nails it:

"They went out from us, but they were not of us; for if they had been of us, they would have continued with us. But they went out, that it might become plain that they all are not of us." (1 John 2:19 ESV)

We can't rob Paul, and the Holy Spirit, of the all important "if.”

The Apostolic "if" should be a frequent word in our sermons and counseling. Paul used "if" quite often. He gave an "if"-like word to every church to which he wrote. For instance:

The Corinthians needed to hear to following: "Some of you may not have really believed, it may have been in vain. And those who have believed—hold fast." Redeemer Church in Tomball, TX (the church that I pastor) needs to hear those words. I need to hear that Apostolic word—and so do you.

Paul told the members of the church in Ephesus:

"But that is not the way you learned Christ!— assuming that you have heard about him and were taught in him, as the truth is in Jesus." (Ephesians 4:20–21 ESV)

The writer of Hebrews structures his "if" magnificently:

"For we have come to share in Christ, if indeed we hold our original confidence firm to the end." (Hebrews 3:14 ESV)

No one shares in Christ and then loses Christ. Never. If we are "in Christ," we will make it to end; He will get us there. Those who don't make it, never had a share in Christ; they only said Jesus was their Lord; they never believed into union with the Lord (Matthew 7:21).

The Pastoral Implications of "If."

There is an "if/then" accompanying word to the Gospel proclamation. If you truly believe, then you will make it to the end.

Never assume that your counseling appointment knows Jesus. Never give false assurance. Know that there are people in your congregation who have never heard and believed in Jesus.  Sprinkle the "if you know Jesus" and “if you are a Christian” throughout your sermons. Call people to examine their faith, that their profession is not in vain (2 Cor. 13:5). Charge Christians to hold fast to Jesus and the Gospel till the end. Remind the saints of the end to come. May we continue in the faith--stable and steadfast. 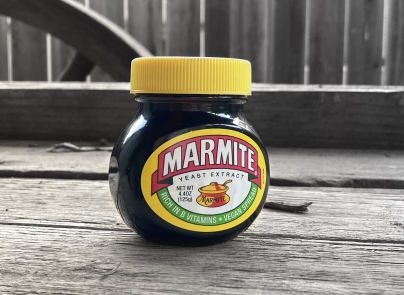 Christmas and the Marmite Effect No Creed But the Bible?