Well, that’s unlikely to happen to any of us any time soon. But, there’s something even more amazing than ruling with the President and sharing in the President’s position and power. The Christian will reign with Christ, with the King of Kings and Lord of Lords. As the Apostle Paul wrote:

This is quite astonishing because the context of 2 Timothy 2:12, and of all other passages that refer to Christians reigning with Christ, are of Christians suffering at the hands of strong and powerful people and forces. Paul is saying to Timothy, “Those same people who are presently at the bottom of the ladder, who are treated as the lowest of the low, who are weak and oppressed by everyone; these same people will one day reign with Christ!” Co-regency with the King of Kings. What a reward! What a turnaround! What a prospect!

In fact, not only will Christians reign with Christ in the future, but that co-reigning has already begun! By reason of our union with Christ, we have been raised up and made to sit together with Him in heavenly places (Eph. 2:4-6). By virtue of our inseparable union and connection with Him, we already sit on His throne with Him. Where He is, we are.

We also reign with Him because He puts His royal power in our hearts to break sin’s dominion. Faith in Christ brings His powerful dominion over sin, the world, and the devil into our lives. “For whatever is born of God overcomes the world. And this is the victory that has overcome the world—our faith” (1 John 5:4).

Christian believer, you are already a king and share the kingship of Christ. He has “made you a king and a priest unto God” (Rev. 1:6).

No matter how much believers reign with Christ now, the greatest experience of co-regency lies ahead, beginning with the moment of death.

Although death seems such a moment of weakness of defeat and loss, in reality it’s a moment of victory, of power, and of triumph. At death, the believer fully triumphs over sin, death, and the devil in his soul. He is not defeated by them but defeats them. Just as Christ reigns over sin, death, and the devil, so they do too in a new way. They enter into a new and powerful life; no longer a life of losses and disappointments but of gain and of triumph.

This reign climaxes at the last judgment when the believer’s body is reunited with the soul and shares in the soul’s power and authority. Sin, death, the devil, and the world will be under our feet.

But there’s more. Crowned with the crown of righteousness (2 Tim. 4:8), the crown of life (Jas. 1:12; Rev. 2:10), and the crown of glory (1 Peter 5:4), we will access and enjoy the King’s power, possessions, and authority, including even ruling over the angels (1 Cor. 6:3). As Christ promised, the meek shall inherit the earth (Matt. 5:5), and part of that will involve specific responsibilities according to our faithfulness in this world (Luke 19:17).

“But the saints of the Most High shall receive the kingdom, and possess the kingdom forever, even forever and ever” (Dan. 7:18). 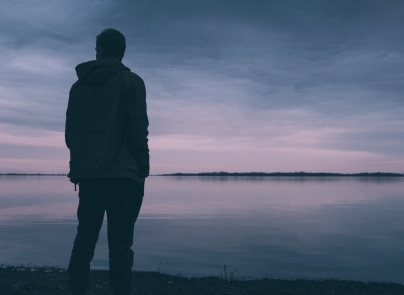