Writing a foreword for his friend Philip Hughes in 1947, Martyn Lloyd-Jones wrote, “There is no subject which is of greater importance to the Christian church at the present time than that of revival. It should be the theme of our constant meditation, preaching and prayers."1 He described his daily prayer for revival as “an unusual and single manifestation of God’s power through the Holy Spirit."2

Throughout Lloyd-Jones’ life and ministry, his conviction regarding the crucial importance of revival––and of preaching about it––never wavered.3 He recognized that the only source of authentic and enduring hope for the church, in experiencing the reality of revival was deeply rooted in the model and method of the New Testament church.

Revival is, therefore, more than the rededication of believers; it is also the awakening, or quickening, or impartation of spiritual life to the unregenerate. Additionally, we may also identify revival as the conversion of sinners to salvation in Christ. Quite significantly, these two meanings (rededication and regeneration) appear in the spiritual and scriptural concept of revival.

In a series of sermons at Westminster Chapel in 1959, addressing the subject of revival, Lloyd-Jones suggested revivals were “in a sense a repetition of the day of Pentecost."4 He continued, “The essence of a revival is that the Holy Spirit comes down upon a number of people together, upon a whole church, upon a number of churches, districts, or perhaps a whole country. That is what is meant by revival. It is, if you like, a visitation of the Holy Spirit, or another term that has often been used is this––an outpouring of the Holy Spirit."5

Though the overarching spiritual needs of humanity do not change through time, Lloyd-Jones fully recognized that the world in which he preached and ministered had specific challenges. “The very belief in God,” he suggested, “has virtually gone."6 He spoke about being “confronted by materialism, worldliness, indifference, hardness, and callousness."7 As a result, he saw the “urgent need of some manifestation, some demonstration, of the power of the Holy Spirit."8 Lloyd-Jones sincerely hoped all Christians were “sick and tired” of hearing that the problems facing the church had to do with new circumstances.

The pressing need of the church could not be met, according to Lloyd-Jones, by organized evangelistic campaigns, church revitalization programs, or secular entertainment. In 1959, he argued that there was no use saying “let’s pray for revival,” since there were numerous ways in which the thinking and actions of the church needed to change before such prayer was offered.9 Lloyd-Jones went so far as saying that churches that stress “mass meetings” or “entertainment” could not expect to see a future.

The all-encompassing vision Lloyd-Jones had for revival can be seen in three desires. In his 1959 sermons on revival, he addressed the question “why pray for revival?” His primary concern was the glory of God. He then asked, “How often do you hear annual conferences and assemblies expressing a concern about the glory of God, and the honour of the name of God? No, our attitude seems rather to be that the Church is a human organization, and of course we are concerned about what is happening to it."10Second, he was gravely concerned over the state of the whole church. “It seems to me,” he observed, “that there is no hope for revival until you and I, and all of us, have reached the stage in which we begin to forget ourselves a little, and to be concerned for the Church, for God’s body, his people here on earth."11 A third motive behind the desire and prayers made for revival was the desperate plight of those outside the church. He declared, “It is a terrible state for the church to be in, when she merely consists of a collection of very nice and respectable people who have no concern for the world, people who pass by it, in their horror at the foulness and the ugliness of it all."12

Revival, for Martyn Lloyd-Jones, was real and powerful. The two primary characteristics of revivals throughout the history of the church, he exclaimed in the 1959 Puritan Conference, are an “extraordinary enlivening of the members of the church” and “the conversion of masses of people.” Lloyd-Jones argued consistently for a tremendous need for such a revival. Only through the experience of revival would the church become––as had happened in the past––“alive and full of power, and of vigour, and of might."13 All other remedies or solutions to the needs of the time were hoplessly inadequate. Lloyd-Jones was adamant that revival is a “miracle,” something that can only be explained as “the direct action and intervention of God."14While human efforts could produce evangelistic campaigns they could never produce real and lasting revival.

Lloyd-Jones’ positive aim was to stimulate a desire for a more powerful awareness of spiritual things, and in particular he was determined to focus attention on the awareness of the glory and holiness of God and a clear view of the love of God in Christ. Lloyd-Jones held forth a grand vision of revival to his hearers, painting revival within the narrative of redemptive history with sweeping brush strokes. He was convinced that what was once more required was “something that is so striking that it will arrest the attention of the world."15 That is revival.

Dustin Benge is a Ph.D. candidate at The Southern Baptist Theological Seminary in Louisville, KY in the area of Biblical Spirituality. He is also lecturer and administrative research assistant at The Andrew Fuller Center for Baptist Studies on the campus of Southern Seminary. In addition, he has also served as a pastor in Kentucky and Alabama. 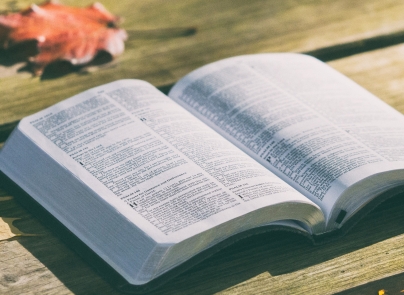 The Law Is a Light

Jonathan Master Joins the Alliance Board