There was a period in my life when I had convinced myself that I had committed the unpardonable sin. I was sure that I would spend eternity in hell. I felt that there was absolutely no hope for me – it was a very dark time and one from which God graciously rescued me. Maybe you've had a similar experience. What helped me through that time was being able to see God's merciful heart revealed throughout the pages of Scripture. What I needed most of all was to find in God's Word places where He chose to have mercy even though He had previously declared judgment and condemnation. I needed this because I was convinced that God had declared judgment on me through His Word. As I begged God for mercy, and searched the Scriptures, I began to see throughout the Bible where God relented from sending judgment on those deserving of it in order to show them mercy instead. Certainly God did not change His mind with regard to His eternal decree; but, He did choose to deal with His people, not accordng to what they deserved but according to His mercy when they pleaded with Him and hoped in His steadfast love. In fact, God takes pleasure in those who hope in His mercy (Psalm 147:11). What a glorious truth!

The first place where I clearly saw this principle at work was in the book of Jonah. Jonah's sermon to Nineveh was: “Forty days, and Nineveh shall be overthrown!” (Jonah 3:4). It was a clear word of judgment! There was no mercy in the declaration; yet, the King of Nineveh and all the people cried out for mercy, and God answered them with mercy: “Then God saw their works, that they turned from their evil way; and God relented from the disaster that He had said He would bring upon them, and He did not do it” (Jonah 3:10). Our God has a heart full of mercy. Jonah even spoke of the mercy-heart of God when he said: “For I know that You are a gracious and merciful God, slow to anger and abundant in lovingkindness, One who relents from doing harm” (Jonah 4:2).

The next place where I saw God's merciful heart was in the way in which He dealt with the Apostle Peter. Jesus had told the disciples, "Whoever denies Me before men, Him I will also deny before My Father who is in heaven" (Matthew 10:33). Then Peter denied Jesus three times. Jesus' words, “I will deny you before My Father in heaven!” must have pierced Peter's heart. How could he not have been consumed with grief, fear, and depression? Surely, Peter must have thought that Jesus would deny him before His Father in heaven because he had denied the Savior--not once, not twice, but three times before men! Jesus had told Peter what would happen if he denied Him before men! Nevertheless, Jesus showed mercy to Peter. Jesus brought him to repentance with a single glance. Peter repented and hoped in Christ's mercy. He was restored by the gentle mercy of Jesus (John 21). After his restoration, Peter was greatly used by God in the establishment of the New Covenant church.

During this time, I discovered yet another example of the mercy-heart of Jesus--and one that became particularly special to me. It was the way in which Jesus dealt with the Canaanite woman in Matthew 15:21-28. There are at least five reasons why this woman (humanly speaking) should have walked away from Jesus in utter despair of ever being helped by Him:

Yet despite all this, the Canaanite woman would not let Jesus go. She wrestled with the Savior by faith; and, like Jacob, who wrestled with God and would not let Him go until He blessed him, this woman wrestled with Jesus until He blessed her. She responded to Jesus' rejection of her as a Gentile with these beautiful words: "'Yes, Lord, yet even the little dogs eat the crumbs which fall from their masters' table.'  Jesus answered and said to her, "Woman, great is your faith! Let it be to you as you desire." The woman's daughter was healed "from that very hour" (Matthew 15:27-28). Jesus has a heart full of mercy! We can, therefore, cling to Him and come to Him for mercy, no matter what, knowing that He is full of mercy and compassion!

Perhaps you, like the Canaanite woman, feel (1) ignored by Jesus, (2) abandoned by the One who matters most, (3) like God is not willing to help you, (4) like the goodness of God restrains Him from helping you and (5) as if God is treating you harshly in you earthly circumstances. If so, take comfort in the lesson of faith from the Syro-Phoenecian woman who continued to cry out to Jesus for mercy in the face of His seeming rejection of her.

All of these examples are possible because of the truth of the Gospel. God relents from doing harm to His own because He poured out all the harm that we deserve on His own Son when He hung on that cross and then raised Him from the dead! That is how we are assured that there is hope and mercy for hell-deserving sinners like us.

Charles Spurgeon explained the confidence that we should have in God's mercy when he told the following story:

I have read a story of an old Doctor of the Church who, going out one morning, met a beggar and said to him, “I wish you a good day.” “Sir,” said he, “I never had an ill day in my life.” “But,” said the Doctor, “your clothes are torn to rags and your wallet seems to be exceedingly empty.” Said he, “My clothes are as good as God wants them to be, and my wallet is as full as the Lord has been pleased to make it, and what pleases him pleases me.” “But,” said the Doctor, “suppose God should cast you into hell?” “Indeed, sir,” said he, “but that would never be; but if it were I would be contented, for I have two long and strong arms—faith and love—and I would throw these about the neck of my Savior, and I would never let him go, so that if I went there he would be with me, and it would be a heaven to me.” Oh, those two strong arms of faith and love! if you can but hang about the Savior’s neck, indeed, you may fear no ill weather.1

In light of these truths, we must daily meditate on the precious promises of God. Here are few that relate to the three accounts above:

Cast your long arms of faith and love around the neck of Jesus and never let Him go! He will never let you go. Remember that God's mercy is free to you only because it was withheld from Him who needed no mercy – the sinless, perfect, glorious, beautiful Son of God.  On the cross, Jesus was shown no mercy by His Father so that you could have all mercy. This should make all of us want to turn from our sin and trust in Him for mercy. May a fresh vision of the cross compel you to hope in His exceedingly abundant mercy today!

1. An excerpt from Charles Spurgeon's 1861 sermon "Trust in God - True Wisdom," preached at the Metropolitan Tabernacle.

Can We Talk about Death? 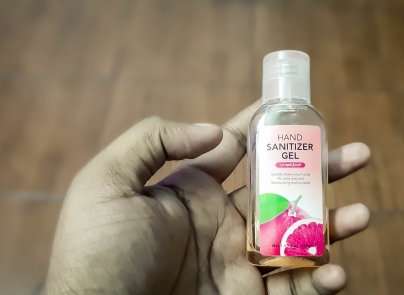 "Phasing" Back to Church