What the Bible Teaches About Rejection and Embrace

We have everyday encounters with rejection in job searches, auditions, and relationships, and yet it never seems to get any easier. Rejection undercuts our deep desire to belong, and too often we settle for the shallow approval of the world rather than the eternal embrace of the Father. Our culture peddles self-love and inclusion, but it’s standard of acceptance is a moving target. It waxes and wanes based on what we have to offer, and how well we conform to their ideals. Despite our misplaced desire for approval, God's response to us is counterintuitive to what we might expect.

The earth was originally a place of perfect harmony and fellowship. In the Garden of Eden, the animals lived with no fear of man, and man lived in God’s presence with no shame. Once sin entered the world, our first parents immediately sought to cover for their shame by sewing loincloths from fig leaves. It was our first attempt to save ourselves, and it did not work. God expelled Adam and Eve from the garden, but our rebellion did not catch Him by surprise, nor did it cause Him to give up on us. While we would disown our own friends and family for much smaller offenses, God immediately promised Adam and Eve a glorious return to His favor and provided an intermediate covering for them through the sacrificial blood of animals.

Throughout Scripture, God repeatedly bypasses human sensibility and chooses the rejected and despised of this world and esteems them as His beloved. What did we do to deserve this? Martin Luther helped answer this question during the Heidelberg Disputation in 1518. He observed, “The love of God does not find, but creates, that which is pleasing to it.” God’s standard for us has not changed. He still demands perfection, we still deserve His wrath, and our attempts to cover our shame still do not work. But because of His great love, those demands of perfection are met in Christ alone. Jesus takes our rejection upon Himself to bring us back to God’s embrace.

And so, God is not seeking the best and brightest to join His kingdom. We bring an empty resume to the table, and He still chooses us to do His work. Paul reminds us of this in 1 Corinthians 1:27- 29, “But God chose the foolish things of the world to shame the wise; God chose the weak things of the world to shame the strong. He chose the lowly and despised things of the world, and the things that are not, to nullify the things that are, so that no one may boast in His presence.” The weaker we are, the more He is glorified, and in our frailty and misery His goodness is made all the more evident.

We often function as though we are deserving of acceptance, but Christ voluntarily assumed rejection while on earth. Although He alone is deserving of all glory and honor, He was despised and betrayed by even those closest to him on earth (Isaiah 53:3). He was criticised, treated with contempt, and crucified. Yet He led the blind man by the hand, called the unclean woman “daughter,” and touched the leper. When He cried out to His heavenly Father, “why have you forsaken me?” (Matthew 27:46), the answer was because the rejection He faced was the only way to secure for us the eternal embrace of God. And He did it because of His love for us.

Human logic would tell us to seek out only the beautiful, qualified, and the virtuous and avoid the unsavory. We can understand why Jacob was crazy about Rachel, why Israel celebrated Saul, and why Tamar was marginalized. But God looked on the unloved Leah with kindness, He anointed the shepherd boy David as king, and blessed the righteousness of Tamar. And not only that, He dignified each of them with a place in His beloved Son’s lineage, and He dignifies us with a room in His house.

There must come a time where we must cast off our longings for the world’s acceptance and realize that the only place of true embrace is in Christ alone. We are the Leahs, the Tamars, and the Davids of the world. We are undeserving, unlovable, and unqualified, and yet given a loving husband, an inheritance, and an everlasting kingdom. Let us rejoice, that though despised and rejected by all others, God sees you as chosen and precious, and welcomes you in Christ.

Megan K. Taylor earned her MA in Theological Studies from Westminster Theological Seminary. She and her husband, Joel, live in Sanford, Fl where she works for Ligonier Ministries. 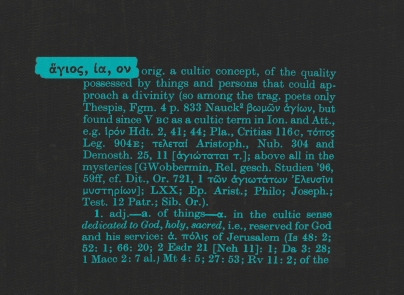