Worship: Where Will You Be on Sunday?

Hebrews 1:3b-6 reads, “When He had made purification of sins, He sat down at the right hand of the Majesty on high, having become as much better than the angels, as He has inherited a more excellent name than they. For to which of the angels did He ever say, ‘You are My Son, today I have begotten You.’? And again, ‘I will be a Father to Him and He shall be a Son to Me.’? And when He again brings the firstborn into the world, He says, ‘And let all the angels of God worship him.’”

Let me ask you a question, “What is the preacher’s point?”

So, the question is on the table. What does the preacher mean by saying that the One who is the radiance of God’s glory and the exact impress of His nature (1:3) had become better than the angels? Well, to begin, we know what the preacher does not mean. He is not speaking about who Jesus is as to His very nature. He’s already made that clear in the opening verses. Jesus is the unique and only begotten Son who is of the same substance as the Father. The first three verses leave no room to doubt this.

So, if not that, then what is the preacher talking about? Well, theologically we might say that the preacher is talking about the economy of Christ’s work and not the ontology of His person. In other words, he is contrasting the work of angels with the work of the incarnate Son. To put it simply, despite the prominent role of angels in the redemptive economy – even in the deliverance of the law at Mt Sinai – they, nor the law they delivered, saved anyone. But such is not the case with regard to Jesus. His work is better because it, or better He, brought salvation to men, women, and children. His work is superior to the angels and He is worthy of our worship!

Before driving to my practical conclusion let me show you something important in the text. Notice the word “world” in v. 6. It is not the typical word for world or earth. Not that such a usage is unheard of but the fact that the same word is translated in 2:5 as “the world to come” suggests that we should understand the reference in verse 6 as Christ’s entrance into the heavenly world where he was exalted to the right hand of God after his sacrificial death and resurrection and not necessarily to His incarnation. Taken this way, we are driven to the conclusion that verses 4-6 are addressing the entire economy of Christ’s redemptive work up through His exaltation to the right hand of God. Therefore, as the Son of God now exalted to the Father’s right hand, Scripture says, “And let all the angels of God worship Him.”

Now, brothers and sisters, if the angels who do not share in our fallen state and therefore in our redemption are to worship the Son, then how much more ought we to worship Him? Can you imagine how the early church in Rome must have felt upon hearing this sermonic epistle? Some of their number had decided to forsake the assembly (10:24-25). The situation was too difficult – too dire. The dangers were too great and the stresses too much to bear.

Today is different. Thankfully the dangers of church attendance for us in the west are not too great. The situation is not too difficult or dire. No, we forsake the assembly not due to danger but inconvenience. Church has become a Sunday morning decision. We attend on the basis of how we feel, schedule, and sporting events.

Yet, the preacher says to us, if the angels who will never experience union with Christ worship Him, then, brothers and sisters, how can we allow anything to keep us from worshiping Him who died for me? Later the preacher will give us great encouragements telling us that Christ gathers us together before the Father (2:13). He leads us in our praise (2:12). He speaks to us in the proclamation. But for now, the question is what will you do this Sunday morning? If the answer is anything but worship the Son of the living God with the Church of God, then let us be ashamed.

Jeffrey A. Stivason has been serving the Lord as a minister of the gospel since 1995.  He was church planter and now pastor of Grace Reformed Presbyterian Church in Gibsonia, PA.  He also holds a Ph.D. in systematic theology from Westminster Theological Seminary in Philadelphia, PA. 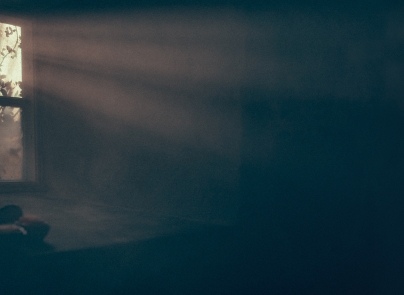