Anne Bradstreet and Her Songs of Daily Providence

Anne Bradstreet and Her Songs of Daily Providence

Late in her life, Anne Bradstreet wrote a letter to her children, retelling her story for their “spiritual advantage” and for “the glory of God.”[1]

She started with her childhood in England, where her parents, Thomas and Dorothy Dudley, gave her an excellent education. Pious as a child, Anne was shaken out of teenage indifference when she contracted smallpox at age sixteen. Her recovery from the dreadful illness moved her to devote her life to God.

Around 1625, the Dudleys moved to Boston, England, to be under the preaching of the renowned John Cotton. It was there that Anne met Simon Bradstreet, eight years her senior, who was a friend of the family. The two married in 1628.

It was a difficult time for Puritans like the Bradstreets and Dudleys, who chafed under the religious compromises imposed by Archbishop Laud. In March 1630, Anne, Simon, Thomas, and Dorothy sailed to New England on board of John Winthrop's flagship, the Arbella.

According to Cotton Mather, it was Anne who persuaded her husband to emigrate. When she arrived in Salem on June 1630, however, she was baffled by what she saw. “I found a new world and new manners, at which my heart rose. But after I was convinced it was the way of God, I submitted to it and joined to the church at Boston.”[2] Much ink has been spilled over the meaning of this statement. One thing is sure. Things were drastically different in the New World.

For one thing, the settlers still lived in poor conditions. About eighty had died the year before, and many of the survivors were weak and sickly, with supplies barely sufficient for two weeks. Rather than receiving help, the new arrivals found themselves compelled to share what little they had, until they moved away.

The Dudleys and Bradstreets continued to change residence, finally settling in Andover (Merrimack). Both Anne’s husband and father held important public offices, each serving several terms as governor of Massachusetts.

Anne found joy in her family life. Her marriage was a source of great joy, which she expressed in an ode to her husband.

If ever two were one, then surely we.

If ever man were loved by wife, then thee;

If ever wife was happy in a man,

Compare with me ye women if you can.

I prize thy love more than whole mines of gold,

Or all the riches that the East doth hold.

My love is such that rivers cannot quench,

Nor ought but love from thee give recompense.

Thy love is such I can no way repay;

Then while we live, in love let’s so persever,

That when we live no more we may live ever.

The only initial mar to Anne and Simon’s happiness was a delay in having children, something she described as “a great grief” and occasion of “many prayers and tears”[3] But the child finally came. They called him Samuel, a fitting name for a long-expected son. Seven more followed: Dorothy, Sarah, Simon, Hannah, Mercy, Dudley, and John.

As it’s usually the case, the children brought joys and apprehensions. In 1657, when Samuel left for England, Anne expressed in rhyme both her concern and her resolution to remember he was God’s before he was hers.

Thou mighty God of Sea and Land,

I here resign into thy hand

The Son of prayers, of vows, of tears,

The child I stayed for many years.

Hear me again, I give him Thee.

He's mine, but more, O Lord thine own,

For sure thy Grace is on him shown.

For mortal helps are brittle Dust.

In the next verses, Anne asked God to preserve and protect Samuel and bring him back to her. But if not, “Thy Will be done, for that is best.” In that case, her only request was that God would grant her full assurance of salvation: “Persuade my heart I shall him see forever happified with Thee.”

Anne continued to write poems about her life at home – many addressed to her husband, children, and grandchildren. Of all her works, these domestic poems are particularly appreciated for their honesty and immediacy. They bring the reader close to the author’s heart through a variety of feelings and emotions: her excitement at the arrival of a letter from her husband, her fear of death before childbirth, her struggle with repeated bouts of illness (“like a consumption”[4]), and her painful bereavements.

Particularly disastrous was the burning of Anne’s home in 1666, which destroyed all of the family’s goods, including a collection of over 800 books (an impressing number at that time, especially in New England). The fire started suddenly, barely giving Anne time to run outside and watch helplessly the flame which consumed her “dwelling place.” Her pain reached a point when she could “no longer look.” But as she turned away her eyes, she “blessed his name that gave and took.” Her submission to God is summed up in a simple phrase: “Yea, so it was, and so ‘twas just.”[5]

Ultimately, Anne found her consolation in remembering the much more glorious house Christ was preparing for her in Heaven. “Their wealth’s enough,” she said. “I need no more.”[6]

This was just one of many trials in Anne’s life. Some were of a more inquisitive nature. In her letter to her children, she revealed her ups and downs, questions, and doubts with refreshing honesty.

She first wondered if God even existed. Once she found an answer in his testimony in creation, she moved on to the next question: “How should I know he is such a God as I worship in Trinity, and such a Saviour as I rely upon?”[7] These doubts on the reliability of Scriptures were dispelled by her consideration of the fulfilled prophecies of the Bible, “which could not have been so long foretold by any but God himself,” as well as by the Scriptures’ preservation throughout history (and persecutions), by their unified story, and by their effect “that no human invention can work upon the soul.”[8]

Other doubts included the possible legitimacy of the Roman Catholic Church (soon negated by “the vain fooleries that are in their religion”) and the painful divisions among Christians, which provoked her to wonder, “Is there faith upon the earth?” “But then I remembered,” she continued, “the words of Christ that so it must be and that, if it were possible, the very elect would be deceived.”[9]

This last thought settled the matter. “That hath stayed my heart, and I can now say, ‘Return, O my Soul, to thy rest, upon this rock Christ Jesus will I build my faith, and if I perish, I perish’; but I know all the powers of hell shall never prevail against it. I know whom I have trusted, and whom I have believed, and that he is able to keep that I have committed to his charge.”[10]

Anne’s poems were collected into a booklet with a typically long name: The tenth muse lately sprung up in America, or, Severall poems, compiled with great variety of wit and learning … by a gentlewoman in those parts. This work, now known as The Tenth Muse, was published in London in 1650, apparently by initiative of Anne’s brother-in-law John Woodbridge. Anne expressed surprise at the news, but went to work to revise some texts and add new poems in view of a second edition, which was published in Boston after her death.

As the first English woman and the first New Englander to publish a collection of original poems, Anne was often criticized by those who thought that women should stick to sewing and home-keeping. “I am obnoxious to each carping tongue who says my hand a needle better fits,”[11] she said in her Prologue. Some even accused her of plagiarism.

In her rebuttal, Anne didn’t try to subvert the mentality of her times when men were considered superior to women in practically every way. “Men can do best,” she readily admitted. “Preeminence in all and each is yours. Yet grant some small acknowledgment of ours.”[12]

In spite of these few detractors, Anne’s works received immediate and abundant praise by men and women alike. Today, her works continue to delight both those who identify with her trust in God’s sovereignty and those who are puzzled by it. 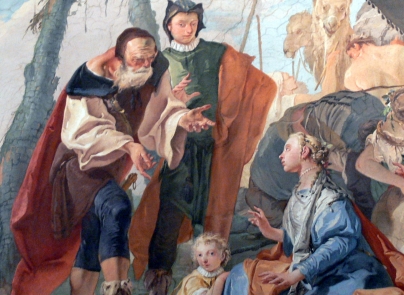 Struck Down but Not Destroyed