Lisa sat there, one eye squinting a bit and her heart aflutter but she couldn’t tell if it was a good flutter or not. Romantic relationships are like that. You expect to know exactly how you’ll feel at those crucial moments, and then, when they come or might be coming, it’s nothing like you thought. At least that was what it was like for Lisa as she sat across the table from Jacob--the most steady boyfriend she’d ever had. What prompted Lisa’s eye and heart to misbehave was a very short sentence that Jacob uttered to her in what she thought was a seemingly casual moment. Jacob’s statement was unfortunately not unique or creative, and was something that is said by countless Christian men to their girlfriends when they’re nearing the end of college and beginning to make life plans. “God told me we should get married,” Jacob said with enough strength to mean it--and with enough of a pause between, “God told me” and “we should…” for Lisa to deduce that he wasn’t so sure about what he was saying.

You and I, watching this scene unfold, can take a moment to feel Lisa’s pain and confusion. Lisa has sincerely deep feelings for Jacob and could, possibly, if the relationship developed--and if he showed more maturity*--see herself marrying him. Jacob could be husband material, he could grow into the kind of biblically wise, humble, Holy Spirit filled, Jesus loving husband to whom Lisa would want to be married. Or he could be a Nabal.1 Or even worse, Lisa could be an Abigail.2 And this decision before Lisa, before any young woman contemplating a possible betrothal, is made all the more difficult by Jacob’s unilateral appeal to direct and divine revelation.

What is a girl to do?

The Bible: Not for the Mystic or the Mythic

Lisa needs an authority to appeal to outside of whatever revelatory experience Jacob may or may not have had. Imagine how difficult her decision would be if she wasn’t a Christian with a firm belief that the Bible, contained in the New and Old Testament, comprising all that anyone must know about faith and godly practice. Because she has this kind of faith commitment she also has a way to make sense of Jacob’s awkward overture. The Bible protects her from the mystic and the mythic.

You see, the Bible is not for the mystic. A mystic is someone who seeks a message from God often outside of any appeal to the intellect. There are plenty of occasions in the Bible where individuals spoke to God personally and alone. There are also plenty of times that God spoke directly to women and men with directions about their own personal circumstances. But those personal conversation were meant to be understood by the church as a whole.3 The Bible is God’s whole word to the whole church. Christians are not all mystics speaking to one another like mystics uttering often contradictory, well-God-told-me’s, while comparing the validity of their mystic experiences in which said revelation was received. Nonsense. Christians go to the word, together, to figure out, together, what God says about salvation and the life the saved live. Or even more specific to our example, the Bible says more about Jacob’s suitability for husbandhood than does Jacob’s extra-biblical assurance of divine blessing on his anemic proposal.4

But the Bible is also not for the mythic. The Bible is not in any way a myth though there are those who out of a desire to discredit Christians’ intellects will call it that. A myth is a narrative that is not situated in a particular time or place. Greek mythology does’t care when Chronos ate his children. Time has no consequence to the narrative. No one cares5 that you can’t take a day trip to Mount Olympus. Myth is largely a-geographical. The Bible however is rooted in time and place. There are verifiable dates, people, events, and locations. This is all good news for Lisa because the time-place aspect of the Bible also allows it to be referred to definitively and understood in a particular culture. This Bible is not well-wished moralism to be spun however the situation dictates. It is instead a reliable book composed of reliable documents that can be appealed to be reliable for all kinds of questions about life—even when you think you may need to ditch your boyfriend.

The Bible: for the Mature

If the Bible isn’t for the mystic or the mythic then who is it for? Well, it is for the spiritually mature. In fact, you won’t find spiritual maturity without it. To know God and self--to know how one is to be saved and how the saved are to live--are topics that cannot be parsed any other way than opening the pages of the Bible in fellowship with a local church and doing the hard work of study. Is this to say that Bible study is all heady, other-worldly stuff, detached from everyday living? Of course not. If we return to our running narrative of Lisa’s predicament we can give her the answer to Jacob. “God told me to find him and his will for our relationship in the Bible.”

*Mixing proposals with direct revelation from God sans an engagement ring is not illustrative of masculine Christian maturity.

2. I’m going to assume that something about Nabal was hidden from Abigail when she chose to marry him.

3. Those recorded occasions were also at punctuated junctures in Biblical history leaving clear that average people and, for extended periods of time, the whole people of God did not hear from God directly

4. Except for the fact that his lack of grounding in the Bible speaks to his suitability as well.

5. It is of note that a post-Christian culture finds a fascination with situating Greek myth in time and place with children’s book series like Percy Jackson. 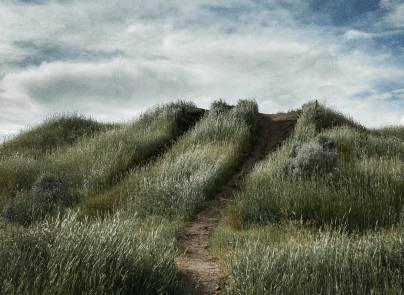 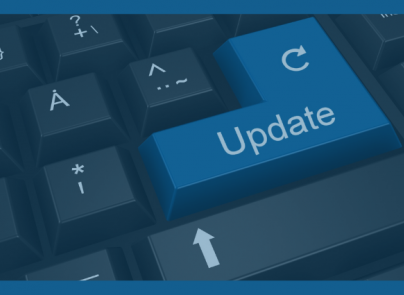