Whatever You Do, Do It to the Glory of God

The Protestant Reformation declared that the Scriptures displayed four perfections: authority, clarity, necessity, and sufficiency. When we say that the Scriptures are sufficient we mean that God has given us all that we need to know for salvation and life. The Westminster Confession of Faith, while written more than one hundred years after the initiation of the Reformation, well encapsulates this precious insight that we have inherited from the Reformers:

The whole counsel of God concerning all things necessary for his own glory, man's salvation, faith and life, is either expressly set down in Scripture, or by good and necessary consequence may be deduced from Scripture: unto which nothing at any time is to be added, whether by new revelations of the Spirit, or traditions of men (WCF 1.6).

The Westminster divines expressly note that the Scriptures are sufficient and do not need to be augmented by either new revelations or merely human traditions.

Having said this, we need to consider what the divines have told us. The whole counsel of God has been given us for God’s glory and man’s salvation. The apostle Paul in 1 Corinthians 10:31 tells to do all things to God’s glory. The immediate context is the proper celebration of the Lord’s Supper. Clearly, Paul was concerned that the church observe the Lord’s Supper according to biblical standards and with sincere hearts. But surely the implications of Paul’s words go beyond that circumscribed concern. That brings us to the heart of the matter. Everything is related to God and his glory (and our salvation) either directly or indirectly. The Bible does not tell us the particular molecular structure of plastic, neither does it tell us the particular person to vote for in a political election. These are not directly germane to the main focus of Scripture. But they are indirectly related to that main focus. If the way we eat and drink the elements of bread and wine in the Lord’s Supper can bring God glory, so then too can the way we understand the molecular structure of plastic or who we vote for in elections. In other words, God is concerned with these things in the broader scheme of things even if they are not the direct target of his special revelation.

If we think that the God of Scripture has no relation to plastic or political elections, we err and rob God of his glory. However, the main thrust of Scripture is to reveal God and his will for our salvation to us. The Bible is sufficient for the purpose God gave it. It is concerned with our redemption. But it is not only concerned with our redemption. It is also concerned with God’s glory and our faith and life. Paul also tells us that what is not of faith is sin (Romans 14:23). If we study the molecular structure of plastic or participate in a political election without taking into consideration what it means to do these things as Christians or what it means to do these activities for God’s glory we sin and further rob God of his glory.

Since whatever we do, we ought to do to God’s glory and since whatever we do, we need to do from a stance of faith, it seems that all things in God’s creation are touched directly or indirectly by his Scriptural revelation. While the Bible does not touch upon the molecular structure of plastic, it does tell us that all things were created by God for his glory. While the Bible doesn’t tell us who to vote for when we step into the booth and touch the screen, it does tell us why God gave us governing authorities.

Jeffrey C. Waddington (Ph.D., Westminster Theological Seminary) is stated supply at Knox Orthodox Presbyterian Church.  He also serves as a panelist at Christ the Center and East of Eden and is the secretary of the board of the Reformed Forum.  Additionally he serves as an articles editor for the Confessional Presbyterian Journal. 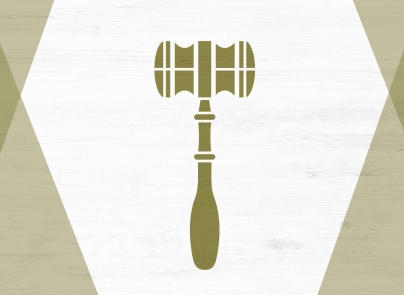