Greetings in Jesus’ name!  May his grace abound to you through his Spirit to the glory of the Father.  As requested, I write to warn of a grave danger facing the church, namely, ungodly pride that leads to an arrogance dishonoring to Christ, detrimental to the unity of his body, and destructive to the mission to declare the gospel to a world that desperately needs it.  There is such a thing as godly pride—pride that sees nothing in oneself but all good in Christ, that boasts in the Lord so the humble hear and are glad (Ps. 34:2).  Godly pride directs all attention away from self—including the self of the church as body and institution—and directs all attention to our Savior God.

To my shame, Theophilus, I have had far too many an occasion when I personally considered myself better than others, looked down on them, and was marred with the ugliness of pride.  Alas, I was like the Pharisee in Jesus’ story of the tax collector and the Pharisee.  You know it well, do you not?  The Pharisee informs God he is thankful that he is not like others—an extortioner or unjust or an adulterer or like the tax collector standing near him.  Instead, he professes strict adherence to the Law.  Meanwhile, the tax collector beats his breast, crying to God, “Be merciful to me, a sinner!” (Luke 18:9-14).  The tax collector returns home right with God, not the Pharisee.  How often, not only as individual followers of Jesus but as his body, the church, do we behave and think of ourselves as did the Pharisee!  How can we think we are right with God when this is so?

While there can be a godly pride as I described, the fact remains the church often glories in its own power and status.  It makes more of itself than it should.  We might be tempted to trace the beginnings of such erroneous self-evaluation to the days when Christian church and faith were recognized by Constantine.  Now the church was firmly established, guarded and promoted by the state.  Such elevation of status opens wide the temptation to pride and arrogance.  Even farther back, in the days of the Apostles, they themselves argued about who is greatest among them—and Jesus chastised them for it!  At Corinth, the church members prided themselves in spiritual gifts they received and lorded it over one another.  You see, Theophilus, pride is not confined to any one age but is perpetually a danger.

In our day, sinful pride shows itself in many ways, often subtle.  As an example, recently on my mind, some churches think more of themselves than they should because their numbers have swelled.  Emboldened by their numerical growth, they think they must be better than others for why else would so many wish to join them?  Rarely if ever will they say such things explicitly, but it comes across in manners of speech, passing comments, and the vibe some members exude.  Others think too much of themselves because they remain few in number.  They glory in their paucity of numerical growth.  “Our faithfulness to God in teaching, preaching, and in the purity of our worship keeps others from joining because we won’t teach to suit their passions (2 Tim. 4:3),” they think to themselves.  Implied in their thought is larger churches must be using passion-suiting gimmicks that they draw many to join them.  Regardless of size, many churches also choose to accentuate secondary or tertiary doctrinal concerns.  They think they know it all and any church that disagrees must be in error.  While a concern for doctrinal purity is crucial and commendable, it gets misused and becomes knowledge that puffs up rather than love that builds up (1 Cor. 8:1).  Do you see, Theophilus, how pride can find its way into all manner of churches?  And to what does this pride lead but divisions between those who ought to be united and to an ugliness that cannot attract unbelievers to Christ.  I know of some who won’t dare step foot in church because they feel judged already not by God but by Christians—like the Pharisee judged the tax collector.  Only when we become like the tax collector can we show God’s grace and truly declare the gospel of Jesus.

Beware, dear brother, of the danger of ungodly pride, for it always precedes a fall (Prov. 16:18).

In the bonds of Christ,

Michael J. Matossian was ordained to gospel ministry in the Orthodox Presbyterian Church in 1998.  He served from 2009 -2019 as Senior Pastor at Emmanuel OPC in Wilmington, Delaware.  He holds a Ph.D. in Systematic Theology from Marquette University.  He and his wife, Judy, and their Son, Matthew, are all natives of southern California. 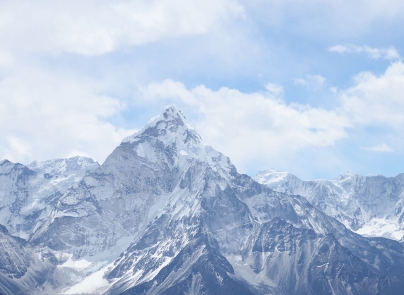